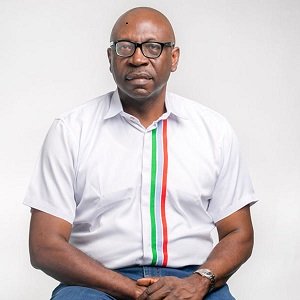 Going by results declared in some of the wards in the ongoing Edo All Progressives Congress (APC) primary, former Secretary to the Edo State Government (SSG), Pastor Osagie Ize-Iyamu has jumped into early lead.

In Igieduma ward/Uhunmwonde LGA, out of the 1568 accredited voters, Ize-Iyamu, who is contesting with two other aspirants scored a total 1560 votes.

From Ward 7/Etsako West, in Edo North out of the 808 accredited, 784 party members voted with Pastor Osagie Ize-Iyamu scoring 784, Odubu, 24 and Obazee 0.

From Ward 3/Egor, in Edo South out of the 195 party members accredited, those who voted for him were175; Odubu got 15 and Obazee 5.