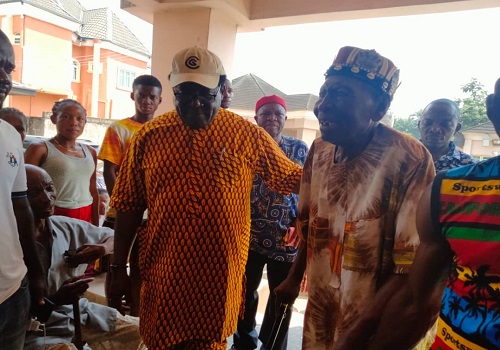 Kidnappers have freed Eze Henry Madumere, the traditional ruler of Ezi Mbieri in Mbaitoli Local Government Area after holding him captive for days.

The monarch who is also the father of former Imo Deputy Governor Prince Eze Madumere was set free on Wednesday as praises and jubilation rained on his return to his palace.

The traditional ruler was kidnapped last Friday by gunmen around Iho community in Ikeduru council area of the state.

The abductors reportedly abandoned their the 89-year-old Madumere, along Owerri/Onitsha road around Ogbaku in Mbaitoli local government area of Imo state. Before they called the relatives to come and pick him.

As at the time of filing this report, it was not clear whether the Madumere’s family paid any random before the captors freed their father.