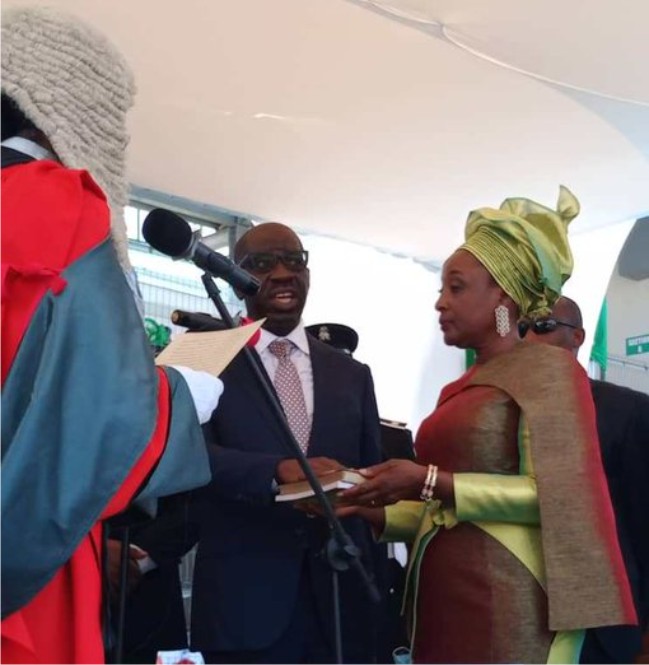 Governor Godiwn Obaseki and his deputy, Philip Shaibu have been sworn in to serve the state for another four years.

The inauguration which took place at the Tennis Court of the Samuel Ogbemudia Stadium, Benin City, was witness by at least four governors.

Governors of the Peoples Democratic Party (PDP) who attended the inauguration include Nyesom Wike of Rivers, Aminu Tambuwal of Sokoto Ifeanyi Okowa of Delta and Duoye Diri of Bayelsa State.

PDP National Chairman, Uche Secondus, was also present at the event with some other party officials while Vice President Yemi Osinbajo, who was represented by a government official.

Obaseki had defected to the PDP from the All Progressives Congress(APC) after he was denied the ruling party’s ticket in the primary election due to intra-party conflict between him and his predecessor, Adams Oshiomhole.