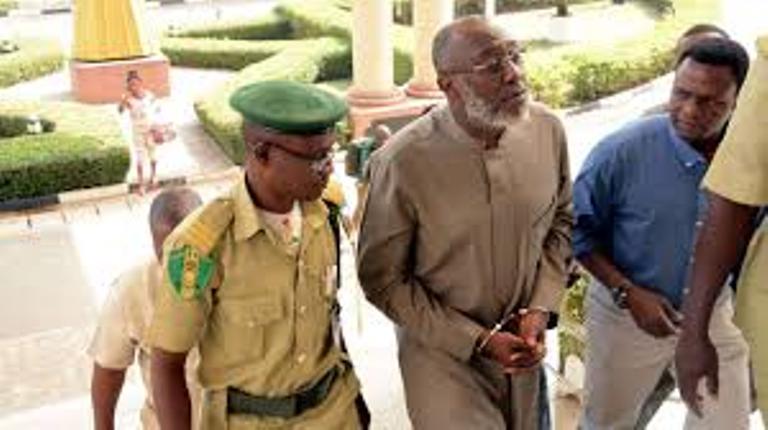 The Federal High Court in Abuja on Tuesday handed him the sentence after finding him guilty of all seven count charges brought against him by the Economic and Financial Crimes Commission (EFCC).

The anti-graft agency charged Metuh, alongside his company, Destra investment, with seven counts bordering on criminal diversion of the money received from the office of the former National Security Adviser (NSA), Colonel Sambo Dasuki (rtd).

Justice Okon Abang delivering judgment at the proceedings which lasted over six hours,  convicted Metuh on all counts, including the fraudulent receipt of N400m  from the Office of the National Security Adviser in November 2014 and use of the money for political activities of the PDP and for his personal purposes.

The court also convicted Metuh for transacting with cash sum of $2m without going through a financial institution.

The judge agreed that the EFCC successfully proved that the transaction violated the anti-money laundering law which pegs the maximum  cash transaction an individual undertake outside a financial institution at N5m.

He however ruled that the sentences shall run concurrently which implied that he would only spend the highest number of years of jail term, which is seven, in prison.