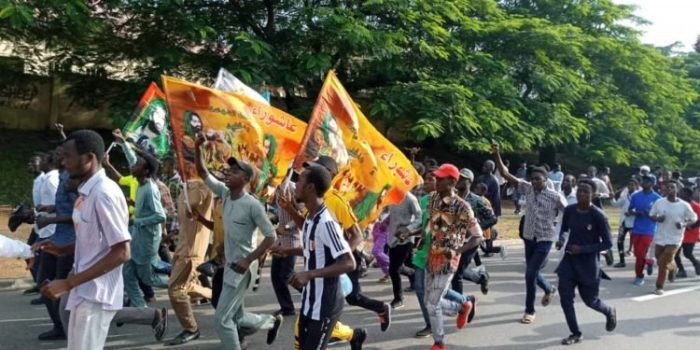 There was confusion on Tuesday along the Bakin Ruwa area of Kaduna State as three members of the Islamic Movement in Nigeria, also known as Shi’ites, were reportedly killed by the police during their Ashura Procession.

The spokesman of the command, DSP Yakubu Sabo have denied it, saying the claim was a blatant lie.

The group had disregarded the police to go ahead with their religious procession and had already had a successful one in the Wuse area of Abuja. Police has however, blocked some other areas preventing them from coming out. Read here.

We will bring you more details as things unfold.