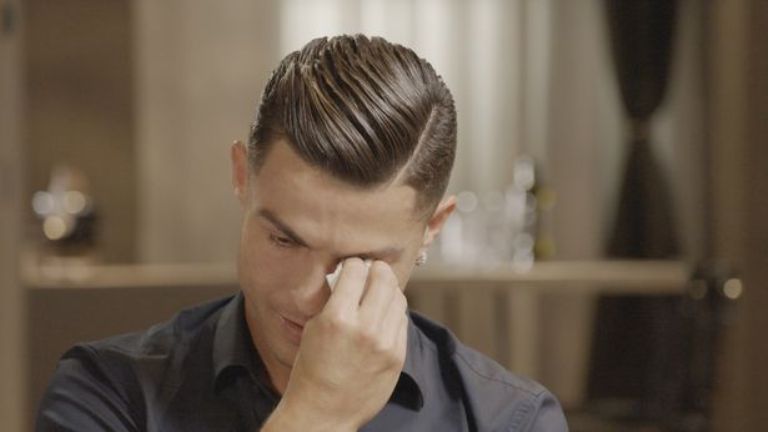 Manchester United were trashed 5-0 by Liverpool at Old Trafford on Sunday, 24th October 2021.

Impressive Mo Salah recorded a hat-trick while the first and second goals were scored by Naby Keita and Diogo Jota.

It was also the first time in 70 years that Man Utd trailed 4-0 at half-time in a league game.

Although, Manchester United’s star player, Cristiano Ronaldo got a consolation goal, it was ruled out by VAR for offside.

Reacting after the game, C. Ronaldo wrote to his fans on Instagram, saying;

“Sometimes the result is not the one we fight for. Sometimes the score is not the one we want. And this is on us, only on us, because there’s no one else to blame. Our fans were, once again, amazing in their constant support. They deserve better than this, much better, and it’s up to us to deliver. The time is now!”

Also, Manchester United’s manager, Ole Gunnar Solksjaer who spoke after the game, told Sky Sports that is was the darkest day he had had.

He said, “We are at rock bottom, we cannot feel any worse than this. It is the darkest day I have had leading these players. Not good enough individually or as a team.”

Asked whether the disastrous defeat to Liverpool would spell the end of his managerial reign at Old Trafford, Solskjaer replied:

He added: “You can’t give a team like Liverpool those chances and unfortunately we did.

“It’s mine (responsibility). That’s it.

“The coaching staff are very very good, brilliant. I chose the way we approached the game and we weren’t clinical enough going forwards. When you give good players spaces, they score.”