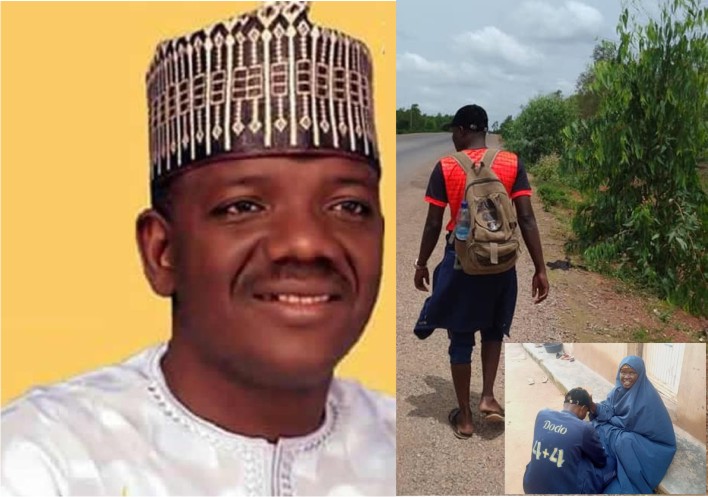 Governor Zamfara Bello Matawalle has adviced a young man who began trekking from Kaduna to to show love for him that he channel that energy into a more productive activity.

A Young man named Musa Umar Giwa had on Thursday, embarked on a trek from his village in Giwa Local Government Area of Kaduna State to Zamfara to show solidarity with Governor Matawalle.

When the Governor learnt of the Giwa’s journey, he wrote:

“I appreciate the solidarity of the courageous youngman said to have embark on long trek to honour me. As a father, I want to discourage young people from such dangerous adventures, I sincerely hope he discontinue the trek and channel his energy into a more productive activity.” The governor said.