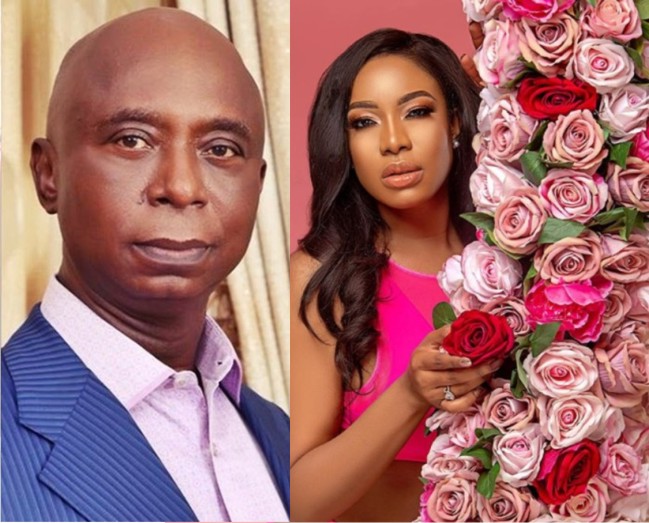 The rumour started by a blogger named Ada, claimed that Regina Daniels’ mother, actress Rita Daniels, warned Chika Ike to stay away from her daughter’s husband and was willing to use spiritual means to stop Chika.

Some social media users who reacted to the allegation stated that Chika Ike was the one dating Ned Nwoko before he got married to Regina Daniels.

Clearing the air on the rumour, Chike Ike who had a question and answer session on Instagram denied dating Ned Nwoko. A fan had asked her to address the rumour that she’s dating the billionaire and that she’s about to be his seventh wife.