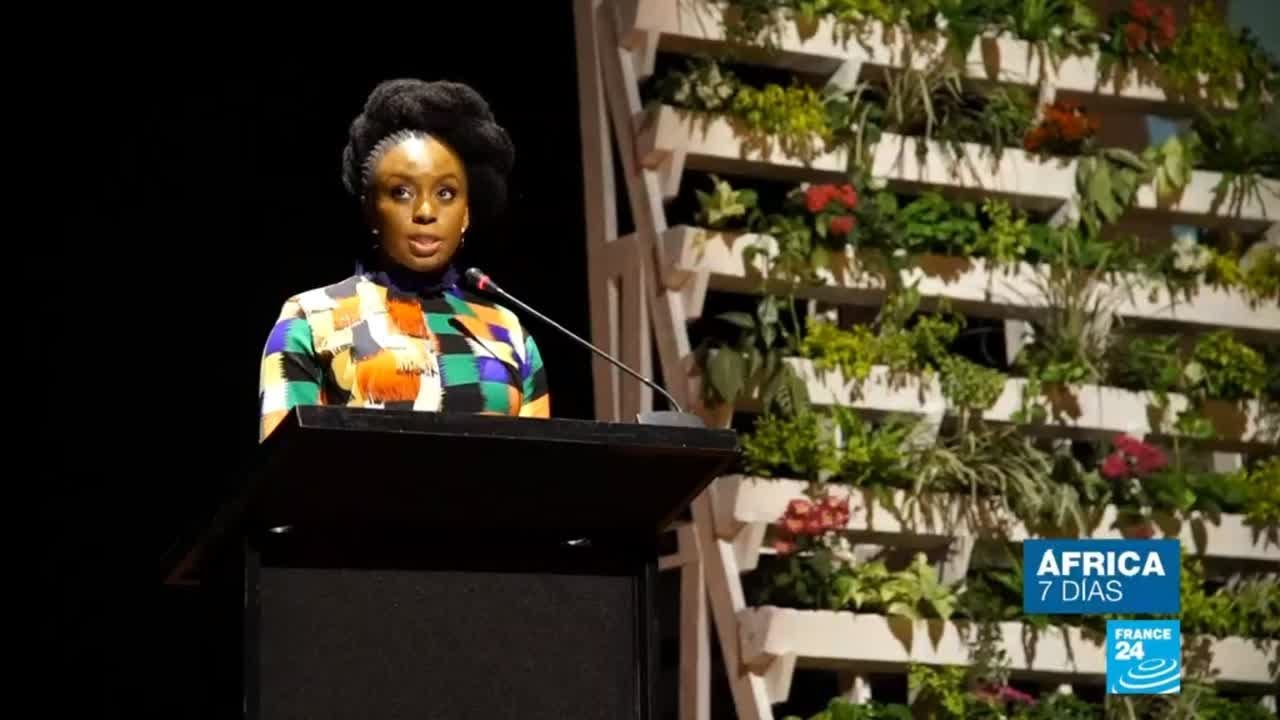 Chimamanda Ngozi Adichie spoke at two contrasting locations in Cartagena this weekend: on Saturday evening in Cartagena’s conventions centre, and on Sunday morning in one of the city’s most deprived communities – the Nelson Mandela neighbourhood.

Adichie delivered the inaugural Gabriel Garcia Márquez lecture on Saturday, on the relationship between journalism and literature. She told the story of the first time she read One Hundred Years of Solitude, lent to her by the brother of a childhood friend, “a thick paperback – whose pages wore the dirty marks of too many fingers.”

Her own work involves a form of journalism, particularly Half of a Yellow Sun – her meticulously researched historical novel about Nigeria’s civil war.

“Journalism is the work of the diligent carpenter, and fiction the mad artist. But writing a novel, you must be both. I have taken the facts and I have made them my own, I have coloured and shaped them. It is reportage but it is one which must necessarily be infused with poetry.”

After her address, she sat down to be interviewed by Mexican journalist Alma Guillermoprieto – starting with a discussion of the civil war in Nigeria and how it might intersect with the history of Colombia itself.

“It’s a history which sits heavily on our present – it does everywhere there has been trauma. People inherit trauma”, she said.

Adichie has come to be understood as a figure of feminism for young women all over the world, but she is cautious of the way that she conveys that message.

“I keep the anger in my heart and my head – I limit how much of it gets on the page, so that I am heard. Of course, it is frustrating that men as a group have power, and still we have to offer them cookies so that they listen. But we to do need it.”

Feminism was also the centre of the discussion in the Nelson Mandela neighbourhood on Sunday morning. The neighbourhood is majority afro-descendent, and around 70% of the population settled there due to internal displacement from violent areas of the country.

“It makes me happy to be in the black Cartagena – the real Cartagena. Africa is in the DNA of Colombia,” she said, met with cheers from the audience – packed under the shade of the packed marquee.

Adichie spoke of epidemic violence against women in Latin America – more than 12 women are murdered a day across the region. Teaching woman how to be safe isn’t enough, she said – the perpetrators need to stop raping and stop beating. Sexual abuse of children in the region is also a huge issue, and she spoke out against impunity, and advocated sex education.

“Teach a child to say no by empowering that child with information – and do it lovingly, too much sex education is done with fear. Sexual abuse doesn’t have to happen. If people are looking away, we have to ask why.”

When it comes to female roles, women must have the space to be complicated and multi-faceted: our conception of what constitutes a feminist must also be untethered from ideas of femininity. “Women must be allowed to be many things, and like many things. Let women be complex.”

Storytelling can convey this complexity and bring us together – to eliminate discrimination and establish a common humanity. “The thing I care about is telling people’s stories: people are never a single thing.”

For black women, storytelling is particularly important, she said. “As black women in the world, there is pressure not to be our full selves, not to be too black – to fit in. The untold stories of black women are an opportunity. Be yourselves in your writing.”

The marginalisation of afro-descendent beauty by mainstream culture was central to the discussion: “It’s psychological and political: black hair is beautiful – take pride in your Africanness.”

Despite their contrasting contexts, what the two talks had in common was the enthusiasm of the audience and an abundance of young women wearing t-shirts and slogans from Adichie’s book: ‘We should all be feminists’.