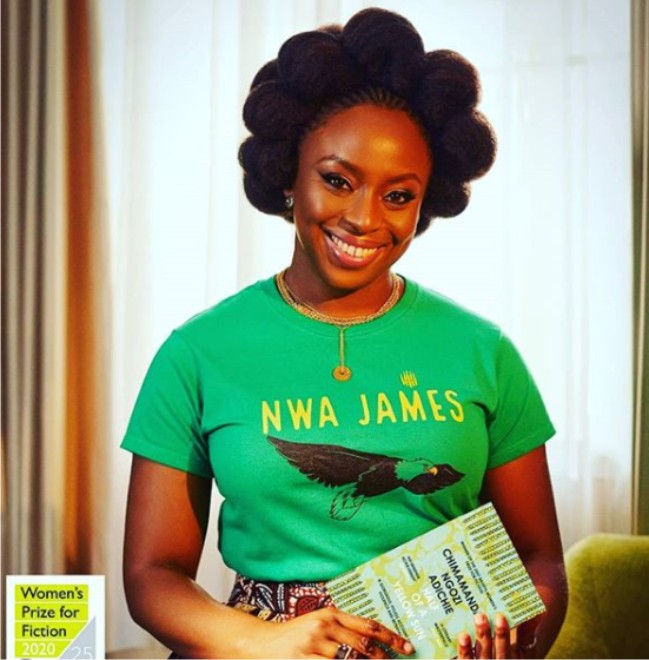 Half of a Yellow Sun, Chimamanda Ngozi Adichie’s novel which won the Orange prize in 2007, has now won Women’s Prize For Fiction “Winner of Winners” award.

The one-off prize, to celebrate the 25th anniversary of the award, was judged by members of the public, who were asked to name their favourite of the 25 winners.

Adichie’s novel, which follows the lives of several characters caught up in the civil war in Nigeria in the late 1960s, beat titles including Zadie Smith’s On Beauty and Lionel Shriver’s We Need to Talk About Kevin.

More than 8,500 people voted, according to the prize.

Adichie was just 29 when she won the Women’s prize for her second novel in 2007. Then known as the Orange prize, that year’s contest pitted the Nigerian writer’s work against Booker winner Kiran Desai’s The Inheritance of Loss and Anne Tyler’s Digging to America.

Adichie said she was “especially moved to be voted ‘winner of winners’ because this is the prize that first brought a wide readership to my work – and has also introduced me to the work of many talented writers.”

Kate Mosse, who founded the Women’s prize in 1995 after the judges of the 1991 Booker failed to include a single woman author on their shortlist, said she was “thrilled” that Adichie had won an award that was intended to show that “great books live beyond their time”.

“One of the things that’s so fantastic about Chimamanda being the winner of winners is that a lot of younger readers are now coming to that novel, who probably didn’t read it when it came out. It’s felt like a really celebratory thing to be doing over this very strange year,” said Mosse.

Mosse has reread all 25 winners of the prize over lockdown, and described Adichie’s contender as “a book that speaks to anybody, whoever they are, wherever they come from, whatever their point of view is, and I think that there are not that many books which do that”.

Adichie’s novel tackles colonialism, ethnic allegiances, class, race and female empowerment. “But it’s beautifully told because you’re there rooting for characters, and in the end, that’s what history is. It’s about the real people who stood on that spot … It’s a really, really fine novel, and it was a great pleasure to reread it,” said Mosse.

Adichie, who will be taking part in an online event with Mosse on 6 December at 7pm, wins a silver edition of the prize’s statuette, which is known as the Bessie