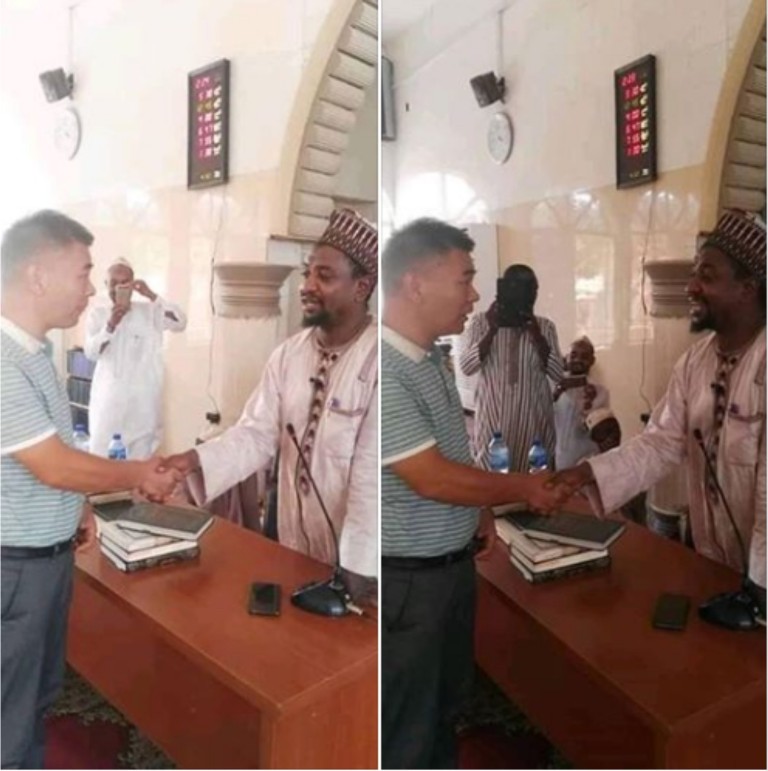 There was jubilation in the Muslim community in Kano state after welcoming a new Chinese convert.

A Chinese man whose photo is above, simply identified as Mr. Leo converted to Islam from Christianity yesterday. After the conversion, he was given a Muslim name, Aliyu – to his delight and that of others.

A similar event had occurred Last year when a Chinese man converted to Islam in order to wed his young Muslim Nigerian lady in Plateau state.

The Chinese man came to Nigeria with a close family member for the wedding, accepted Islam and changed his name to Samir before getting married to his partner.

See photos of Samir and his Nigerian Muslim wife below: