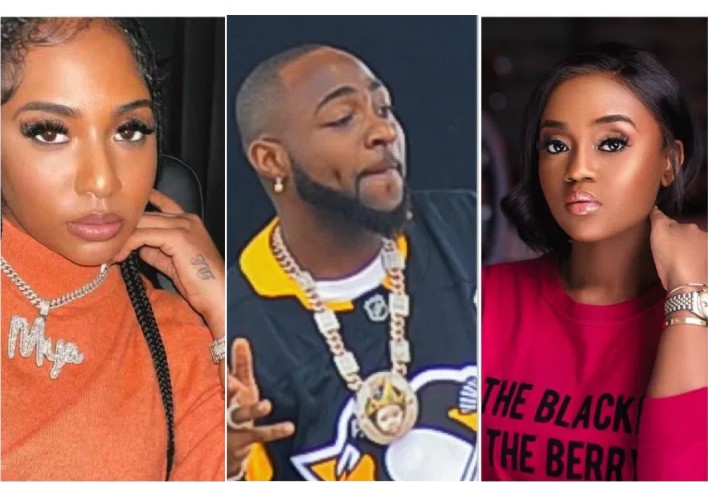 According to blogger Gistlovers, Chioma has been crying and all efforts to reach her, has proved futile.

News of Davido’s engagement to Chioma hitting the rocks went viral after a video surfaced with Davido hanging out with Mya Yafai.

Many Nigerians now believe that Davido have turned Chioma into another Baby Mama, like others.

He was spotted first with the American model last December as she arrived Nigeria to spend Christmas and New Year with him. The two also jetted of to Accra, Ghana, as part of their unforgettable rendezvous.

Yafai testified that she enjoyed herself as she wrote on Instagram: “I Love you Africa”. A video on her Instagram page froze some of her experiences, including a boat cruise on the Lagoon.

Davido and Chioma, after a family introduction in September 2019, were expected to get married last year, but the plan was supended by the COVID-19 pandemic.

The singer in an interview said the wedding would happen this year. But various reports said the ceremony may not happen again, as Davido’s heart may have drifted away from Chioma.

Chioma and Davido are currently trending on Nigerian Twitter and below are some of the comments.