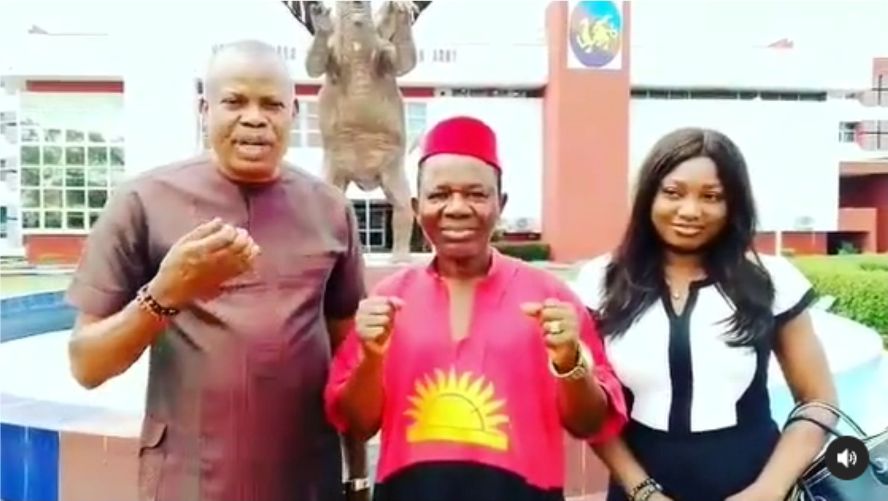 Nollywood veteran actor, Chinwetalu Agu has been released a day after he was arrested by soldiers for wearing an outfit made from the Biafran flag.

The actor was arrested at Upper Iweka in Onitsha, Anambra state and later detained at the army divisional headquarters in Enugu.

Members of the Actors Guild of Nigeria were with him when he was released on Friday, October 8.

Earlier, before his detention, Chiwetalu Agu who was protesting his arrest told the soldiers that he was only sharing bread to poor people when he was arrested. He also explained that his outfit was simply a cloth that has a print of the arising sun on it, that it had nothing to do with Biafra, IPOB or ESN.