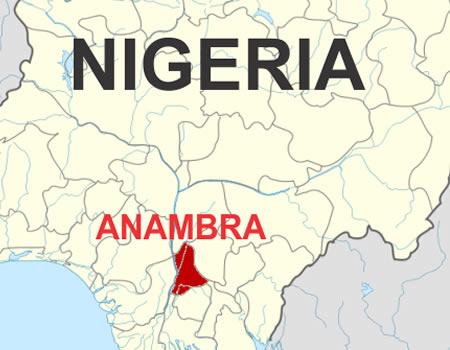 No fewer than 100 persons in Ubaru, Igbariam, Anambra East local government area of Anambra State, have relocated to neighbouring communities and other states in the country, following the mayhem in the area.

During the mayhem, which took place Friday night , over eight buildings were destroyed, including the house of the Permanent Secretary, Ministry of Agriculture in Anambra state, Dr Edwin Ezinando.

The Nation reported that the area was looking like a war torn area, while majority of the people had relocated to other areas for fear of being harmed.

The state police public relations officer, Haruna Mohammed, a Superintendent of Police (SP)  when contacted, said the arrest was not done by the state command. He said the police command was not aware of the matter and therefore, would not speak on it.

However, one of the victims of the mayhem, Nnalue iloegbune, whose building was destroyed by those that invaded the community, said they were living in fear. He called on both the state and federal governments to come and rescue the community from the hands of ‘terrorists’.

Iloegbune, said the problem started when one of the leaders in the community wanted to intimidate the people by converting communal land to his own. He said it was agreed that the said land would be shared to the seven villages each, while the remaining portion would be for the development of the community, which the leader didn’t want, instead, allegedly  connived with the traditional ruler of the place to harass and intimidate the people.

The land in question stood at 360.085 hectares, while each village was allotted 900 plots, but the said leader maintained he would take the remaining 407 plots which the people resisted, thus, the cause of the mayhem.

For 81 year old widow, Mrs Agnes Atomba, the hoodlums who stormed her house at 2 am on that Friday, made away with 200,000 naira her children sent to her for medication. Not only that, she told The Nation that they introduced themselves as police and ‘Bakassi ‘ boys, beat the entire household up and destroyed the building.

Only few women were seen in the village and were living in fear and when The Nation visited the Palace of the Monarch, Igwe Nzekwe Kelly, he was not around, only red eyed young men were inside the locked palace. Also, the President General of the community, Mr Ikechukwu Orizu, whose name was copiously mentioned was not around to defend himself.