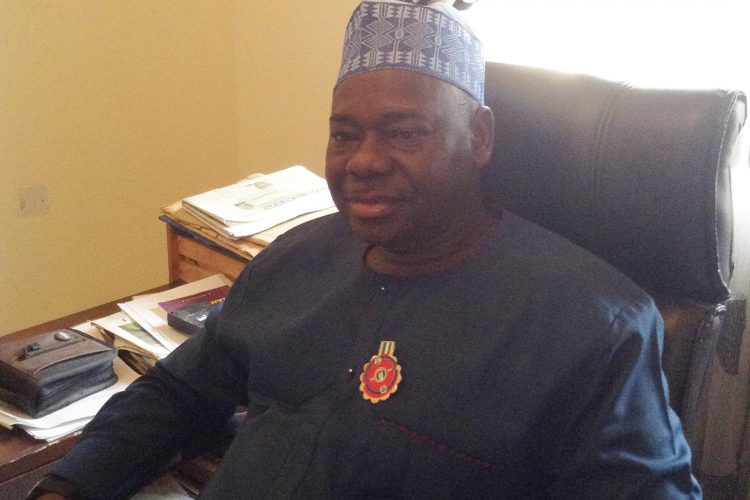 The result of the second Coronavirus test done on the Chairman of the University College Hospital (UCH), Ibadan, Alhaji Ibrahim Shetima, has returned positive.

Shetima has been in isolation at a special ward in the UCH after he tested positive for coronavirus two weeks ago.

The Public Relations Officer of the institution, Mr Toye Akinrinlola, had said the chairman showed symptoms of the virus shortly after the last board meeting of the hospital began in Ibadan. A test was conducted on him and it revealed that he was positive for COVID-19.

The Chief Medical Director of the hospital, Prof Jesse Otegbayo, was also at the board meeting and he later tested positive for the virus. After days of treatment, a reconfirmation test was carried out on the CMD which came out negative on Sunday.

However, a second test on the Chairman, Ibrahim Shetima, has remained positive.

On Tuesday, April 7, UCH PRO, Akinrinlola, said Shetima will continue to receive treatment at the UCH and that a third test will be done in a few days.

He said, “As I earlier said, the chairman only attended the first day of the board meeting on Tuesday, 24th of March,  2020. It was at the meeting that he began to exhibit symptoms of COVID-19. The meeting was suspended and a test was done and result came out positive. He was placed in a special ward at the hospital for treatment.

“A repeat test, which was done to see if he was negative after a series of treatments, was conducted two days ago (Sunday) and the result still showed positive.

“He is being treated at an isolation centre at the UCH. He will continue treatment and a third test would be done at an appointed time.”

He added: “The chairman’s case is not severe. He is sharp and alert but we have to attain that negative status before we can consider him as fully recovered. The record we have places him around 65 years of age.”