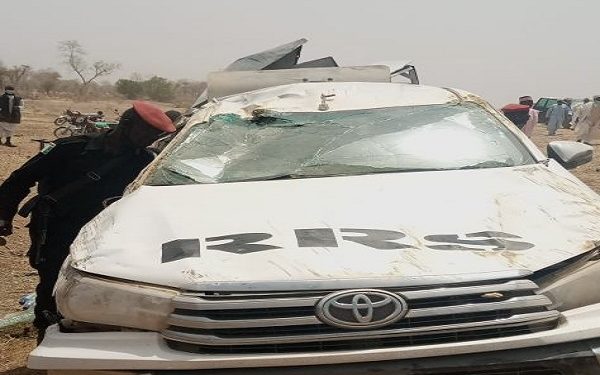 The accident occurred along Burga-Yelwa Duguri road in Tafawa-Balewa Local Government Area of the State when the State governor, Sen. Bala Mohammed was on a project inspection tour in the LGA.

The RRS van which was part of the convoy escorting the State governor, Sen. Bala Mohammed veered of the road while driving at top speed.

Our Correspondent who was at the scene of the accident gathered that though no life was lost but an unidentified policeman was left unconscious when the vehicle somersaulted twice.

However, the development did not halt the governor’s project inspection as he continued with his tour.

The Nation also gathered that the victims were immediately conveyed to the nearest general hospital, Bunu in Tafawa-Balewa where they are receiving treatment.