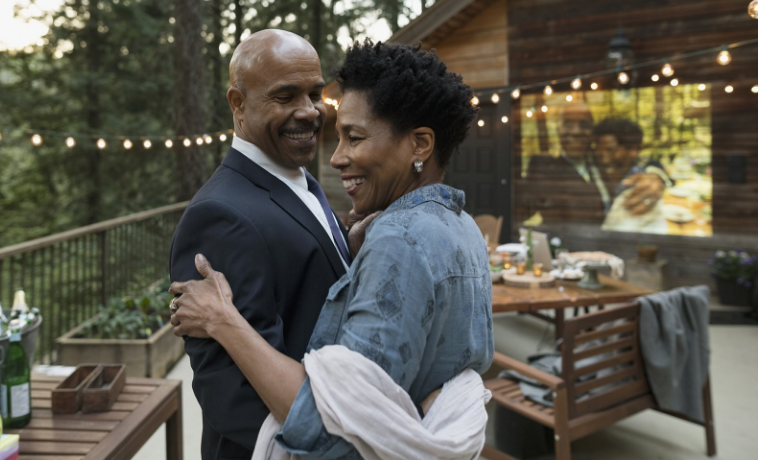 Novelist, Richard Paul Evans and his wife Keri struggled with their marriage for many years until one day, they learned to ask each other a simple question: “How can I make your day better?”

The question, which Evans wrote about saved their marriage.

The Salt Lake City, Utah couple said their vows when they were 21 years old. They had unreal expectations about love, says Evans. He says their relationship soon unraveled over petty power struggles. Years later, it had gotten to the point where they barely acknowledged each other, he says.

“I loved her, I knew I loved her, she loved me,” Evans tells NBC BETTER. “We just didn’t know how to make it work.”

Then, one day while taking a shower, Evans broke down and cried. He had an epiphany: He couldn’t change his wife, but he could change. The next morning he asked his wife a simple question: “How can I make your day better?”

At first, he says, his wife was hesitant to believe he was sincere, so she tested him. She told him to clean the kitchen, which he did. The next morning, he asked her the question again: “How can I make your day better?”

“Clean the garage,” she responded.

“I should be asking you that,” she told him. She apologized, and said, “Can we maybe just spend time together?”

Now, every morning, the couple ask each other how they can make each other’s day better, says Evans. It has “absolutely” improved their relationship, he adds. While it may seem simple, asking your partner this question is probably difficult if you aren’t getting along. Here’s how to do it the right way, according to Evans.

ACCEPT THAT YOUR PARTNER ISN’T THE ONLY ONE TO BLAME

The first step to healing your relationship, says Evans, is accepting that you are as much, if not more, to blame.

“I’m not as great a guy as I thought I was,” says Evans. “I have a lot of really broken parts, a lot of baggage I brought to this. And I was thinking this was her, and the truth is, I suck a lot.”

It can be hard to accept blame, says Evans. But once you do, it can be liberating, he says.

When you ask your partner what you can do for them, you must be sincere, says Evans.

You have to be willing to go “the whole way,” he explains, otherwise, your partner will never trust you.

“As soon as the trust was there, she realized, ‘He really likes me. He’s getting nothing out of this. He really wants this. There’s no ulterior motive, he’s trying to save our marriage, he’s trying to show me he loves me, he cares about me, he’s taking care of me,’” Evans explains.