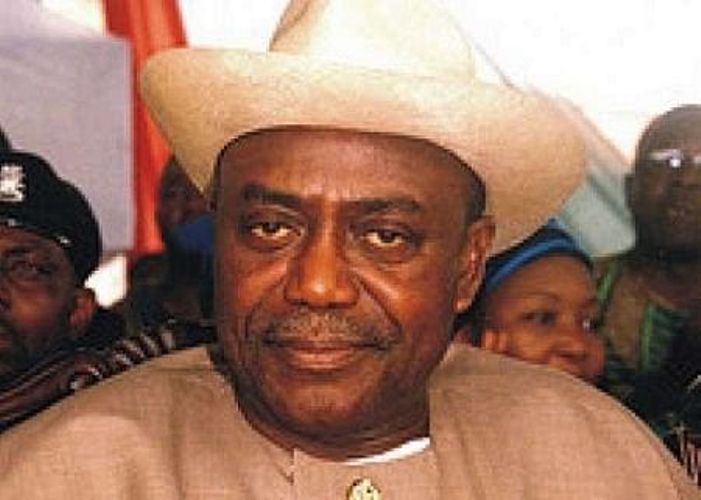 At the resumed hearing of the matter on Tuesday, Odili’s Counsel, Mr. Ifedayo Adedipe, SAN, told the court that the NIS served him a preliminary objection challenging the jurisdiction of the court to hear the matter.

Adedipe said that he received the other processes but was served the preliminary objection only Tuesday morning and needed time to respond.

Counsel to NIS, Mr. Jimoh Adamu acknowledged that he served the preliminary objection on the senior lawyer on Tuesday and did not oppose the application for an adjournment to enable him to respond.

The trial Judge, Justice Inyang Ekwo adjourned the matter until Oct. 8 and urged Adedipe to ensure he serve his response on the NIS before the next adjourned date.

Ekwo added that on the next adjourned date, the process of any party absent in court would be deemed as adopted.

Odili had dragged the NIS to court on the grounds that the service breached his fundamental rights when it seized his international passport.

The NIS, however, told the court that the former governor’s passport was seized because he was placed on the watch list of the Economic and Financial Crimes Commission(EFCC).

In a counter-affidavit filed by its counsel, the NIS justified the seizure of Odili’s passport and faulted his claims in the suit.

“The applicant’s passport was seized because he is on the service’s watch list as requested by the EFCC,” Adamu said.

Giving details of how his passport was seized in his supporting affidavit, the former governor said: “In the early hours of Sunday, June 20 at about 5 a.m, I returned to Nigeria from the United Kingdom where I had gone for my medicals, through the Nnamdi Azikiwe International Airport, Abuja.

“My travel documents, including my Nigerian international passport No: B50031305 were checked and given back to me, by the immigration officials.

“However, while waiting for my luggage, an official of the immigration service came over to me and demanded my international passport.

“I demanded to know why he wanted it, and he stated that it was for a routine check, and that same will be given back to me the following day.

“No official explanation, other than the above conversation, was given to me. I gave him the passport, and up till now, the same has not been returned to me.

“The seizure of my passport by the respondents has denied me movements in and out of Nigeria, in violation of my constitutional right to freedom of movement.

“I know as a fact, that I am a very senior citizen of Nigeria, law-abiding and I have done nothing to have warranted the seizure of my passport by the respondents.”

Odili prayed the court to compel the respondents to release the passport to him.

He also sought a perpetual injunction restraining the respondents from further harassing, embarrassing, intimidating, or interfering with his fundamental right to freedom of movement.

The former governor also demanded a written apology from the NIS.