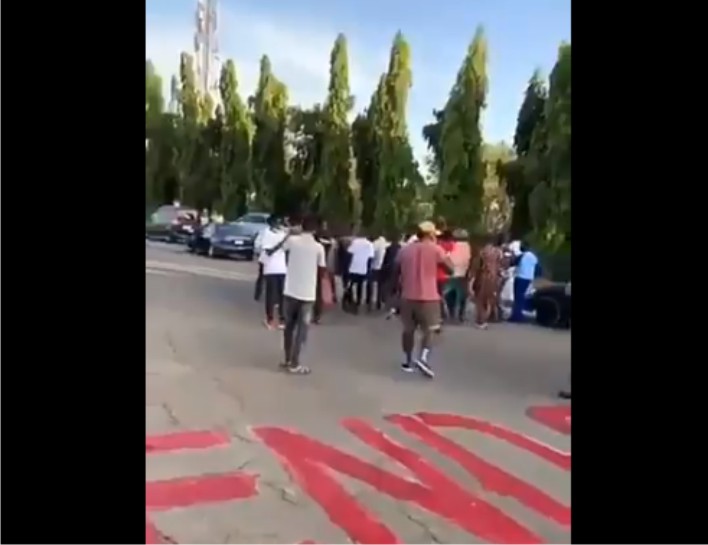 Six individuals held by the police over their involvement in the #EndSARS protests were on Wednesday granted bail by a Chief Magistrate’s Court of the Federal Capital Territory (FCT).

Chief Magistrate Musa Abdulrazaq Eneye, in a ruling, granted each of the six bail at N50,000 with one surety in the like sum.

Eneye said the surety must have source of income and must submit a recent passport photograph to register of the court.

They were arrested in Abuja last week while wearing RevolutionNow T-Shirt during a protest at the National Assembly and were arraigned on November 6, 2020 by the FCT Commissioner of Police on charge of criminal conspiracy, unlawful assembly and inciting public disturbances contrary to Section 97 of the Penal Code.

Although the defendants pleaded not guilty to the charge, they were however ordered to be remanded at the Suleja correctional centre pending the time their formal application for bail would be heard.

At the mention of the case on Wednesday, defence lawyer, Tope Akinyode argued the bail application and urged the court to admit the defendants on bail on liberal terms.

The prosecution was not represented at the hearing of the bail application, even when the court noted that the police were served.

In his ruling on the bail application, Magistrate Eneye said that the facts deposed to in the affidavit evidence of the defendants were convincing enough to warrant the grant of the bail.

The Chief Magistrate said that court must not refuse bail to punish the defendants while bail condition must not be too excessive so as not to amount to denial of bail.

Before granting the bail, Eneye expressed displeasure over a publication on the arraignment of the defendants last week, noting that what transpired in the open court were twisted and turned upside down on social media.

The Chief Magistrate, who drew the attention of lawyers and litigants to the malicious publication, warned that there are laws guiding procedures in court and that any violation of the rule will lead to contempt of court.

He urged media practitioners to always get their facts accurate in judicial reporting and avoid undue sensationalism and sub-judice in the matter pending before the court so as not to run foul of the law.

Eneye laid emphasis on the freedom of expression as enshrined in the 1999 Constitution but however said that the law was not absolute because, there are guidance that must be followed by anybody or group while expressing themselves.

He said even though dangerous insinuations were made against him on the social media, he has taken the oath of office to perform his job without fear or bias against anybody or group.