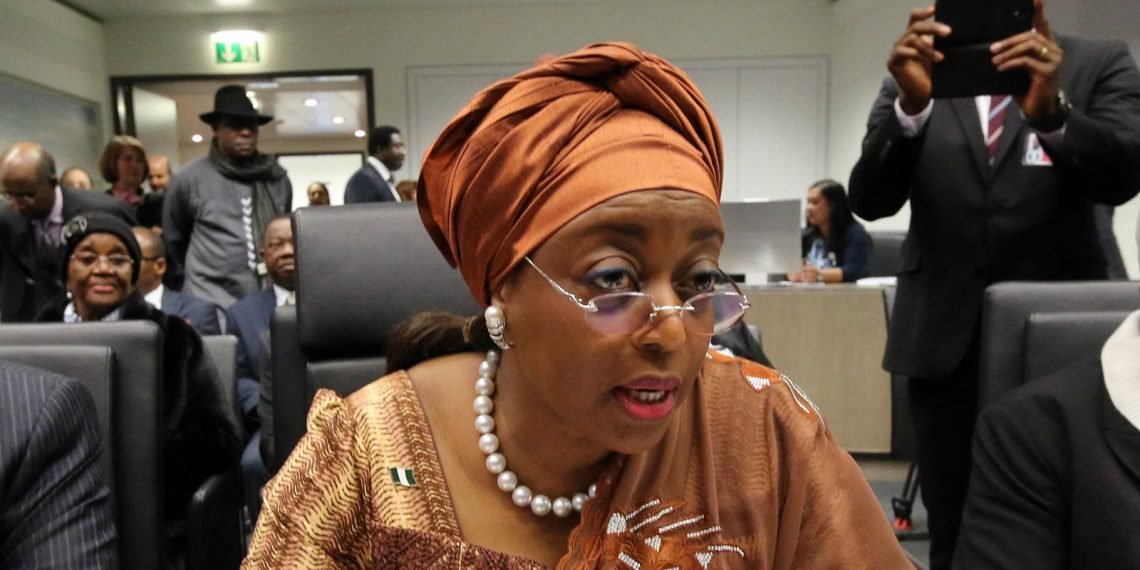 The Federal High Court in Abuja, on Wednesday, rejected the Economic and Financial Crimes Commission’s request to issue a warrant of arrest against a former Minister of Petroleum Resources, Diezani Alison-Madueke, who is believed to be residing in the United Kingdom.

Justice Ijeoma Ojukwu rejected the EFCC’s request for an arrest warrant citing the commission’s failure to enforce the earlier criminal summons which the court issued on the former minister as far back as July 24, 2020.

The commission had in requesting for the criminal summons in July claimed that it was required to facilitate the ex-minister’s extradition to Nigeria.

Faced with the failure of the ex-minister to honour the summons on Wednesday, the EFCC, through its lawyer, Mr Farouk Abdullah, urged Justice Ojukwu to issue a warrant of arrest against her

Ruling on the request by EFCC, Justice Ojukwu rejected it as she noted that the criminal summons which the court issued on Diezani in the ruling of July 24, 2019, ought to be sufficient for the commission to process her extradition to Nigeria to face her trial.

The judge who expressed willingness to give the extradition bid a chance to survive, however, demanded an affidavit with evidence from the Office of the Attorney-General of the Federation (the office with exclusive power to facilitate extradition), to prove that there was a need for the arrest warrant to have Diezani extradited.

She ruled, “It is my view that the summons should have assisted in the extradition of the defendant by the Office of the AGF.

“Today, the defendant is not in court and no reason was given.

“I am being informed that the defendant is believed to be in the United Kingdom.

“The learned counsel also informed the court that the extradition process has failed as a result of the absence of the warrant of arrest.

“But if that is the case, learned counsel shall file an affidavit to that effect supported by evidence from the Office of the Attorney General of the Federation.

“I hereby give you time to put your house in order.”

The judge adjourned till December 3 for report and possible arraignment of the defendant.

The EFCC had alleged that Diezani escaped from the country shortly after her tenure as the Minister of Petroleum Resources ended and got wind of the plan to charge her with various offences.

The commission on November 11, 2018, filed the 13 counts of money laundering to justify the bid to have her extradited to Nigeria.

Diezani was accused of among others in the charges that she unlawfully took into her possession, the sums of $39.7m and N3.32bn when she reasonably ought to have known that the money formed part of the proceeds of unlawful activities.

She was said to have purchased choice landed assets with the money using different fronts as the owners.