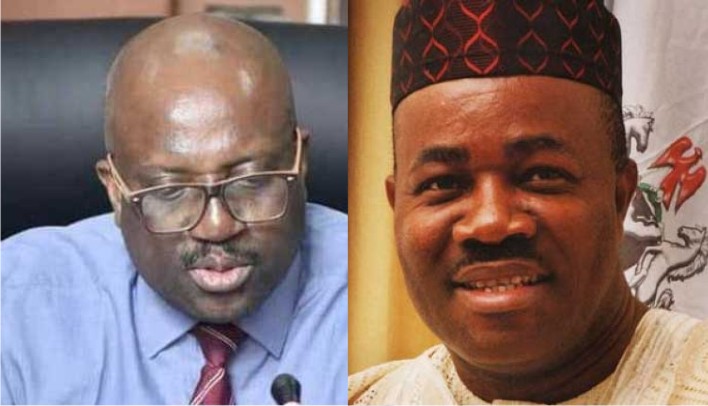 The interim management committee of the Niger Delta Development Commission (NDDC), led by Prof Kemebradikumo Pondei has been suspended by a Federal High Court in Abuja.

The court by its interim order restrained Prof Kemebradikumo Pondei, Dr Cairo Ojougboh, Dr Joi Nunieh and others from performing the functions of the Board of NDDC.

Aside from suspending the committee which was constituted by the Minister of Niger Delta Affairs, Senator Godswill Akpabio, the court further granted leave to the applicant, Incorporated Trustees of Forum for Accountability and Good Governance (FAGG), to apply for judicial review for an order of mandamus compelling the Independent Corrupt Practice and other Related Offences Commission (ICPC), to investigate Akpabio and members of the Board over allegations of N3 billion contract fraud.

Justice Ahmed Mohammed in his ruling also granted leave to the applicant to apply for judicial review of the power of the President of the Federal Republic of Nigeria or the Minister of the Niger Delta to appoint Prof Pondei, Dr Ojougboh and others in an interim capacity as members of the NDDC Board.

The orders are contained in an enrolled order of the court dated November 5, 2020.

By this order of the Court, the members of the NDDC Board are restrained from performing the functions of the Board pending the hearing and determination of the motion on notice which is fixed for December 8.

Meanwhile, the applicant has expressed worry that despite the restraining order, the defendants are in total disobedience of it and has been going to their offices and performing the functions of the Board of the Commission since this order was granted.

The plaintiff also urged that the most senior civil servant or administrator in the Commission be appointed while praying that the suspended officers be stopped from accessing the Commission’s offices and files as they could tamper with evidence which could be used by the ICPC in its probe.

Parties joined in the suit are the Attorney General of the Federation, the Senate of the Federal Republic of Nigeria, Honourable Minister of the Niger Delta, Prof Kemebradikumo Pondei, Dr Cairo Ojougboh, Dr Joi Nunieh, Mrs Caroline Nagbo, Cecilia Bukola Akintomide and the Independent Corrupt Practices and other Related Offences Commission.