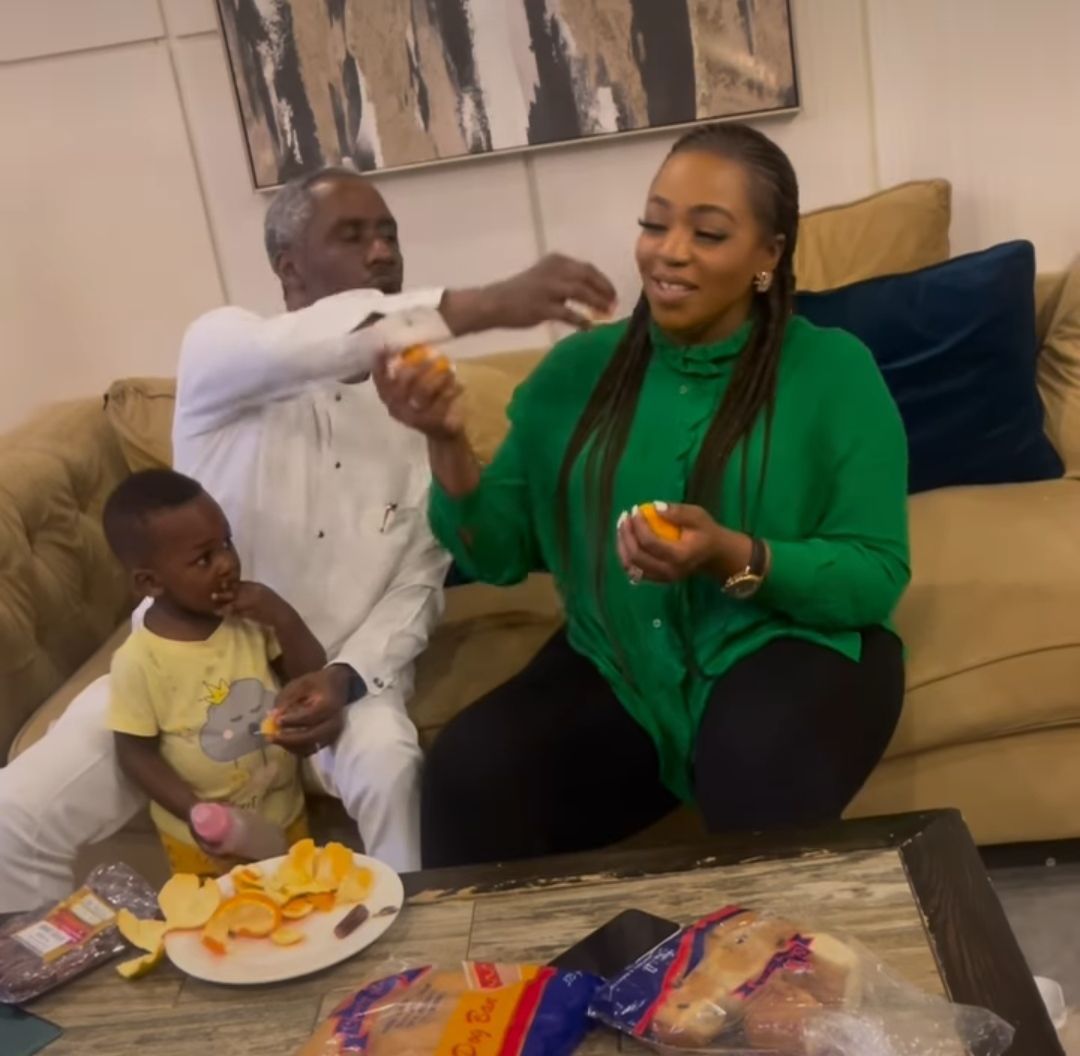 Former Imo Governorship candidate, Uche Nwosu; his wife, Uloma Rochas and their kids were captured in a cute video bonding over Tangerines.

In the video which Uloma shared on Instagram, they are seen cheerfully playing with some of the tangerine fruits.

Even Uloma’s sister, Uju, joined them in the hilarious carefree game.