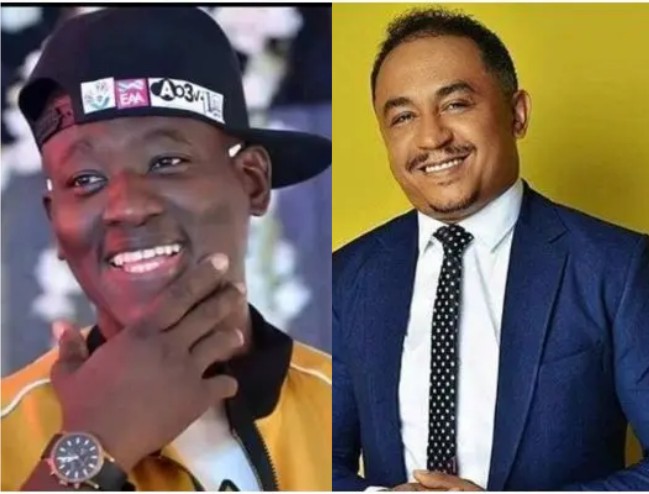 Evangelist Victor Edet had shared a photo of Leke Adeboye, the son of pastor E.A. Adeboye, and said it is wrong for a pastor to wear a face cap the way Adeboye wore his like a gangster.

“I was shocked and shut of word’s after seeing this picture, how can a Pastor be wearing a face cap this way? God of mercy, what is the church turning into? Leke Adeboye should be cautioned seriously and he should be called to order. You can’t be a Pastor and be dressing like a gangster.”

His post has now been criticized by Daddy Freeze who described it as petty. He also advised the evangelist to concentrate on doctrine instead of dressing.

“There’s nothing wrong with Leke’s dressing.
If you have any issue with doctrines address those, but speaking of his mode of dressing is beyond petty in my opinion.

“By the way it’s ‘short of words’ not ‘shut of words’ if anything needs a ‘dressing’ overhaul; it’s your English”.