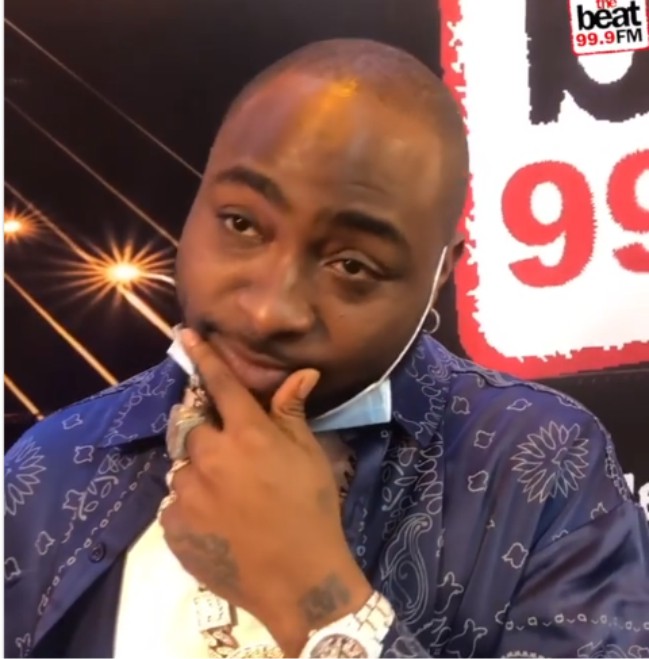 Nigerian music sensation and record label executive, Davido was put on spot to reveal that he had s3x.

The DMW boss blushed a little and said he actually can’t remember the last time he engaged in sexual adventures.

The father of three said this in a recent chat with TheBeat99.9 FM in Lagos where he was asked some questions about himself.

Davido also revealed that he has a celebrity crush on cosmetologist and model, Kylie Jenner but he said he knows things can’t work out between them cause he has his own partner and she has hers.

He also said he believes that the biggest misconception people have about him is that he’s a rude person.