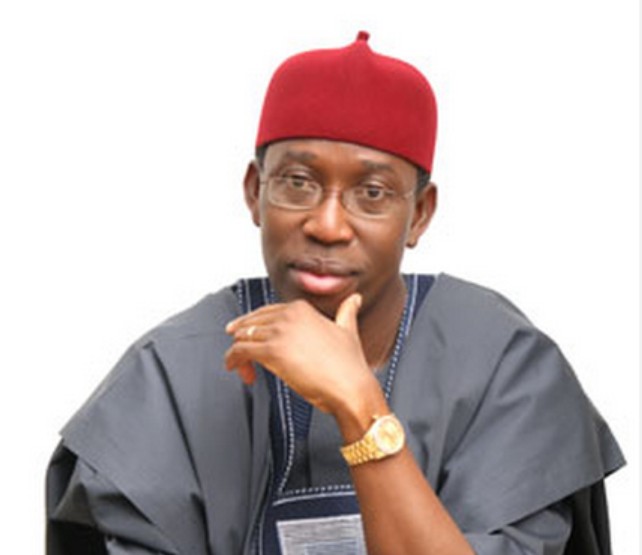 Governor of Delta State, Ifeanyi Okowa has stated that his administration will not stop the pension and other entitlements of former governors and their deputies.

The governor made the comment in Asaba, the state capital in obvious reaction to the declaration by the Lagos State Governor, Babajide Sanwo-Olu that he will soon submit an executive bill to stop the payment of pension and entitlements to ex-governors and deputies in the state.

Okowa while declaring his position noted that each Governor has the responsibility to run the state as best fit, hence he can’t explain why Sanwo-Olu took the step but his administration is not planning anything of such in Delta.

He said, “There is an existing law in Delta State on what accrued to the governors and their deputies, that I don’t want to touch.

“We are not thinking in that direction, my counterpart in Lagos may have reasons why he wants the law repealed but we in Delta don’t want to go into that.

“I don’t want to comment on the decision of Lagos State Governor. Each state has the power to make a decision concerning its governance.”

He added that South-South governors plan to meet with Prof. Ibrahim Gambari, the Chief of Staff to President Muhammadu Buhari to discuss issues surrounding the management of oil resources after the federal government gave approval to the Zamfara State Government to manage their resources.

“That’s why South-South governors are insisting on restructuring and for us to manage our resources.

“We will be meeting with the President’s Chief of Staff on Friday in Port -Harcourt, so we believe our voice should be heard.

“If FG should allow Zamfara to manage their resources, South-South should be also be allowed to manage our own,” he declared.