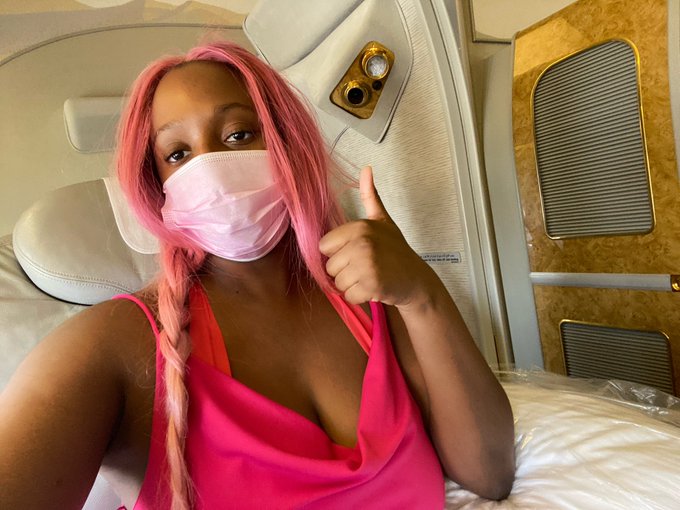 The billionaire daughter took to Twitter to announce that she is now flying back to Lagos state, Nigeria to participate in the protest which has already attracted global attention.

“Finally able fly to Lagos and join the #EndSars protest.
…So inspired by all the young people out there risking their lives to amplify awareness. See you soon!” She wrote.

Meanwhile, her younger sister, Temi Otedola has also announced that she will be leading an #EndSARS protest in London on Sunday. She took to Twitter to invite willing Nigerians and interested persons who wish to join her to come out for the protest.

Since this week, Nigerian youths, celebrities and activists have taken to the streets across cities in Nigeria to demand the scrapping of the dreaded Special Anti-Robbery Squad Unit of the Nigerian police force.

The controversial police unit have come under attack for turning into a tool for extortion, harassment, maiming and extra-judicial killing of young Nigerians.

Although, the Inspector-General of Police, IGP Adamu on Sunday banned the unit and other tactical units from stop-and-search, and President Buhari also begged for patience for the unit to be reformed, Nigerians are not buying their words because similar comments have been made 4 times in the past 4 years.

So, Nigerians are demanding outright scrapping of the unit. See some of the orders issued before now and the highlighted year they were issued.