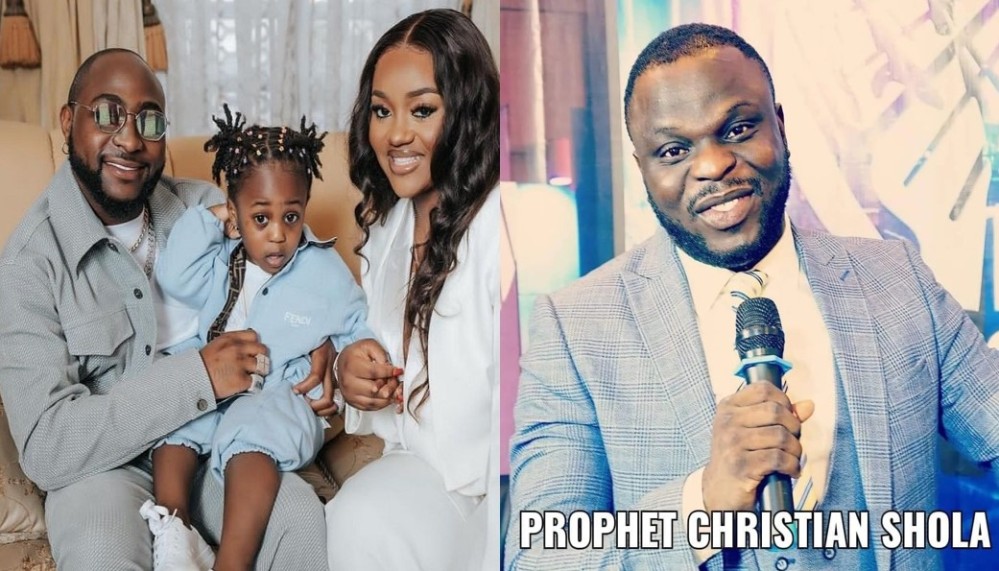 Christian Shola, prophet and senior pastor of Solution Family Worldwide, has begged Davido and Chioma not to bury their late three-year-old son, Ifeanyi, yet.

He instructed the parent via his Twitter handle to take the toddler’s body to ‘solution ground’ on or before 21hrs from when he passed his message.

Shola expressed faith that the toddler who’d been confirmed dead would live again.

He wrote: “I am Prophet Christian Shola, please don’t bury that boy yet, he is a destiny child.

“Take Ifeanyi Adeleke to Solution Ground on or before 21hrs after this message and see what will happen, God of of solution can never fail (2king5v10). Olórun Christian Shola Agbayé.”

Ifeanyi drowned at Davido’s Banana Island home on Monday night when his parents travelled for a family function at Ibadan.

He was rushed to Evercare Hospital in Lekki where he was pronounced dead on arrival.

The devastated couple are yet to release public statement on the death of their son.