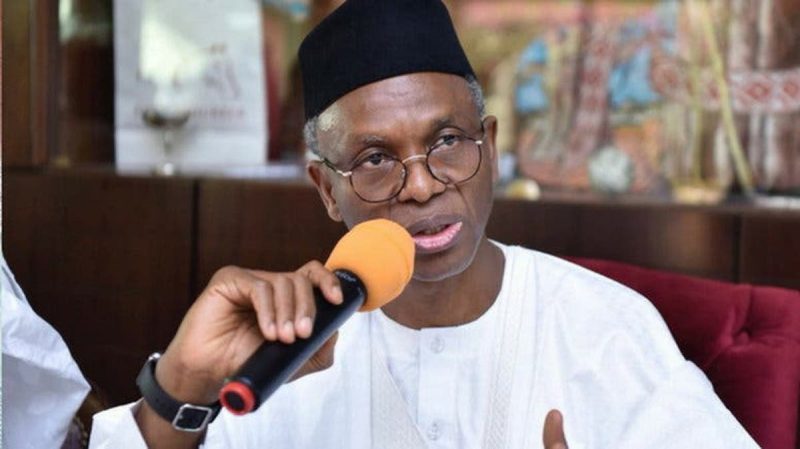 Governor Nasir El-Rufai has urged residents of the states not to vote for the Peoples Democratic Party (PDP) in the 2023 general elections.

The governor made the call when he spoke at an empowerment program in the state on Thursday, November 24.

According to him, PDP will only destroy his good legacies if the party is voted into office in 2023. He added that the opposition party will also “drag the state and the entire country backward” if allowed to return to power.

He urged the people to rally around and vote for the candidate he will anoint as his successor in 2023, asking them to trust him in his choice of who will be the next governor of Kaduna state.

“Some people said that what we have done now cannot be reversed, wrong. A bad governor, a PDP governor can reverse this in six months.

Don’t make the mistake of voting PDP back into office in 2023. If you do, things will go back to what they used to be. While we go through our process as APC and bring out a candidate and I endorse that candidate, please trust me that that person will be the better governor of Kaduna from 2023 and beyond” he said

The governor accused the two former Senators of Kaduna North and Kaduna central, Shehu Sani and Suleiman Hunkuyi, of blocking the massive development in Kaduna State that would have surpassed the feat achieved by his administration which Kaduna people are now celebrating.

Watch a video of him speaking below