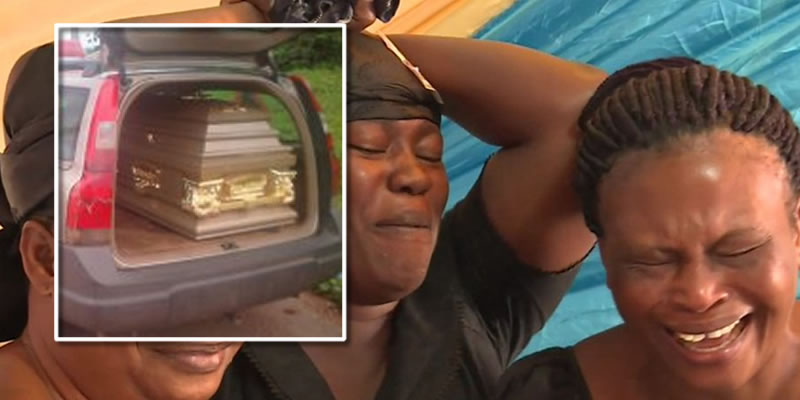 When we talk of tragedy, the incident that happened in Ahoada East Local Government Area of Rivers State on Friday, April 26 can be said to be double of it.

It was reported that unknown gunmen intercepted an ambulance carrying the corpse of a woman that was being taken for burial, hijacked the corpse and shot the deceased’s son when he went to prevent them from taking the corpse.

The abductors of the corpse have reportedly contacted the families to request a ransom of N1million for the dead body to be released.

Eye witnesses at the scene revealed that the deceased woman was being conveyed in an ambulance, to her home for burial when unknown gunmen
decked in flowing white robe but armed with AK-47 riffles ambushed them and removed her corpse from the coffin into the bush.

Upon getting wind of the incident,the son of the deceased immediately ran to the scene where he was killed by the gunmen and his body dragged into the bush in an attempt to stop him from coming after them.