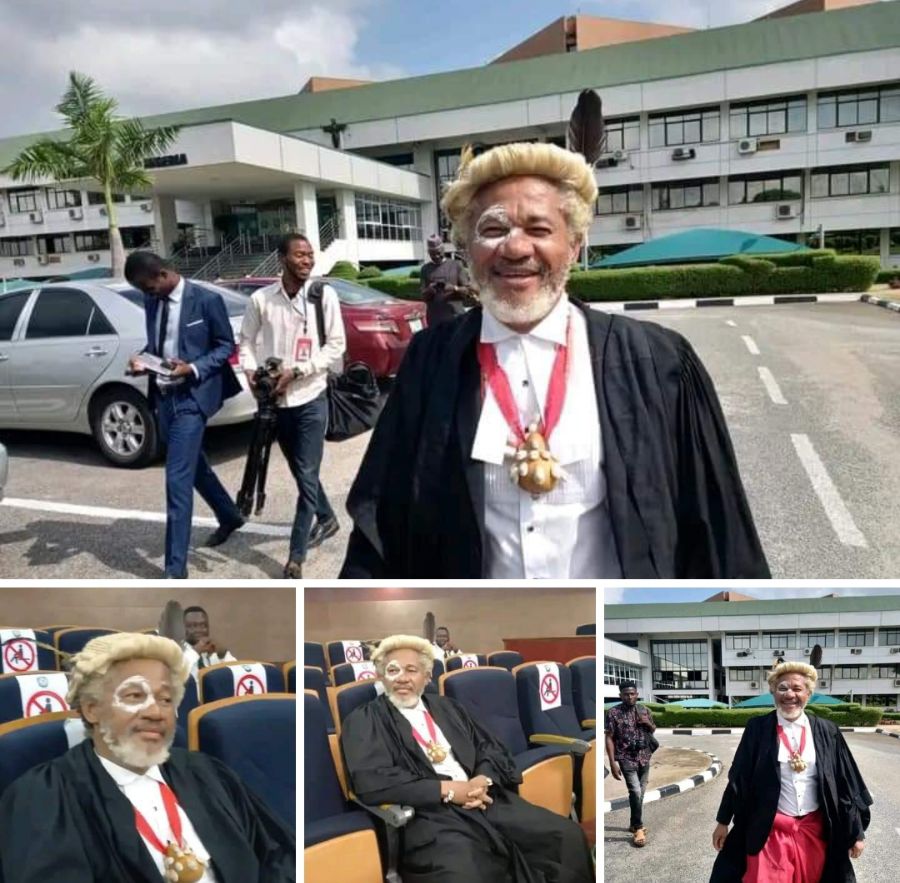 There was a mild drama as a lawyer dressed like ‘Juju Priest’ today to attend a Supreme Court proceedings in Abuja.

The lawyer said he had to dress that way following a judgement that allowed Hijab use in public schools and public places.

He dressed to also portray his religious beliefs since Muslim women and girls were allowed to dress as prescribed by their religion.