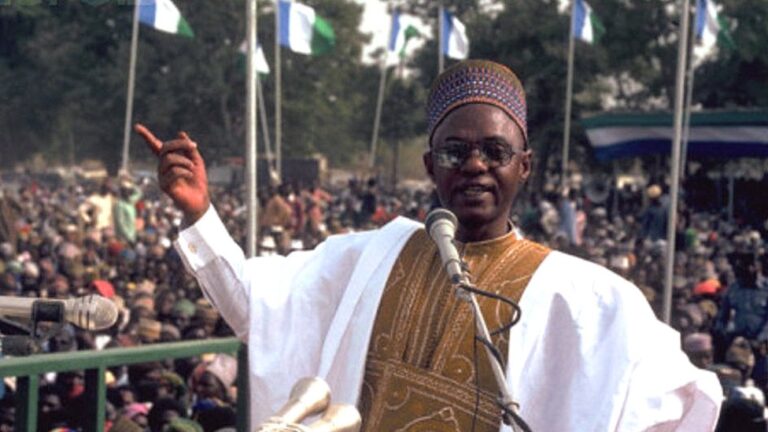 The Kaduna Electricity Distribution Company on Wednesday disconnected the home of the late Shehu Shagari, the Second Republic President of Nigeria, over unpaid bills to the tune of over N6 million.

Confirming the disconnection of Sama Road, Sokoto home of the late president, the spokesman for the company, Abdulaziz Abdullahi, said the bill has not been paid since Shagari’s death.

“The company has given enough grace for them to settle the bills before the disconnection,” said Mr Abdullahi.

In reacting to the development, a family source said prior to Shagari’s death, the state government footed the electricity bills of the home.

“Just a few days ago, KAEDCO officials presented an electricity bill, which they said we had pay or get our electricity disconnected.

“We told them that the tradition has been that the state government usually paid the bills and not us, but they said that doesn’t concern them,” said the source.

A Sokoto State Government official who spoke on the condition of anonymity however said it is unfair to blame the state government.