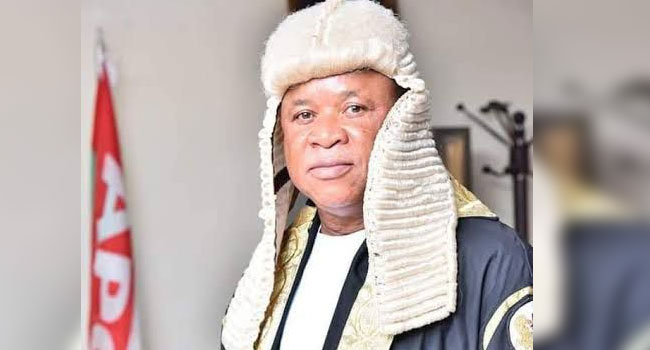 There was commotion today, Monday November 8, at the Imo state House of Assembly which has led to the impeachment of the Speaker, Rt Hon Paul Emeziem, and the subsequent reinstatement of the previously impeached Deputy.

The chaotic exercises were carried out amidst tight security with 19 out of the 27 lawmakers signing theSpeaker’s impeachment papers.

It was learnt that the recently impeached Deputy Speaker of the House, Amara Iwuanyanwu had stormed the Chambers with some lawmakers and some security personnel before the impeachment of the Speaker took place.

Prior to today’s event, the members of the Assembly had impeached Iwuanyanwu, during the plenary on November 2, 2021.

It was gathered that Iwuanyanwu was impeached under tight security after a resolution for his removal was signed by 18 out of the 27 lawmakers.

Shortly after the resolution was submitted by the member representing Orlu state constituency, Hon. Ekene Nnodim, the Speaker, Rt. Hon. Paul Emezim, okayed the removal of his deputy.

However, after the speaker’s impeachment today, the impeached Deputy Speaker Amara Iwuanyanwu was reinstated to his position following an agreement with the House of Assembly leadership.