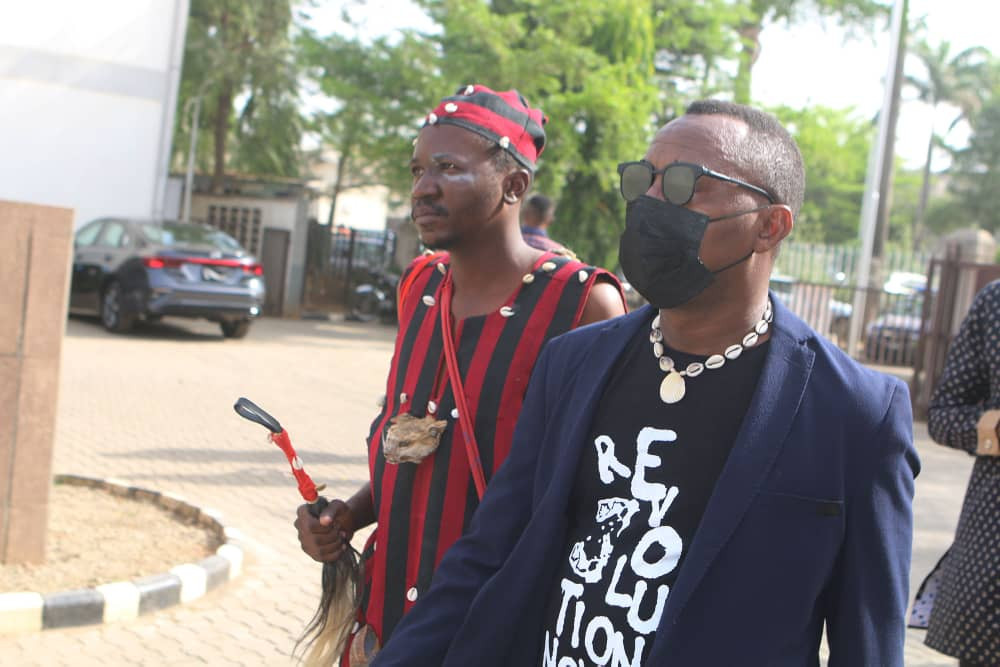 Human rights activist and SaharaReporters publisher, Omoyele Sowore and his companians caused a mild drama today, March 2 when they arrived the Wuse, Zone 2 Magistrate Court Abuja for the commencement of his trial.

The drama was because among Soworo’s companions was a traditional spiritual leader who entered the courtroom with them dressed in his full regalia.

Sowore was arrested alongside four others on December 31m 2020, for organizing a candlelight procession and charged for alleged criminal conspiracy, unlawful assembly, and inciting public disturbance. The commencement of his trial was scheduled for today.

The native doctor was seen waving his horsewhip and gourd in the air while chanting some incantations ahead of the commencement of trial.