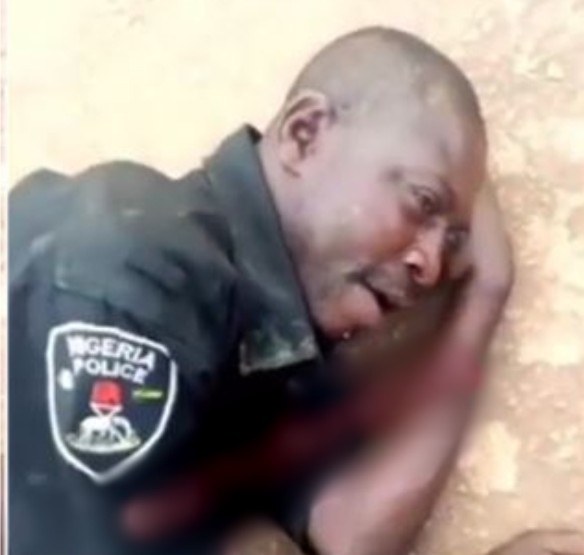 A Nigerian police officer who took time off to get himself soaked in alcohol was captured on video.

In the video that has gone viral, the drunk police officer is seen lying on the ground with residents taking turns to film him and questioned him  about his gun.

He was filmed in an unconscious condition on the floor as he answers questions from a man who was filming him and asking about his gun. He jokingly said he doesn’t have a gun because he is not qualified to have one.

This has got some Nigerians talking as many call for the leadership of the Nigeria Police Force to sanction him appropriately.