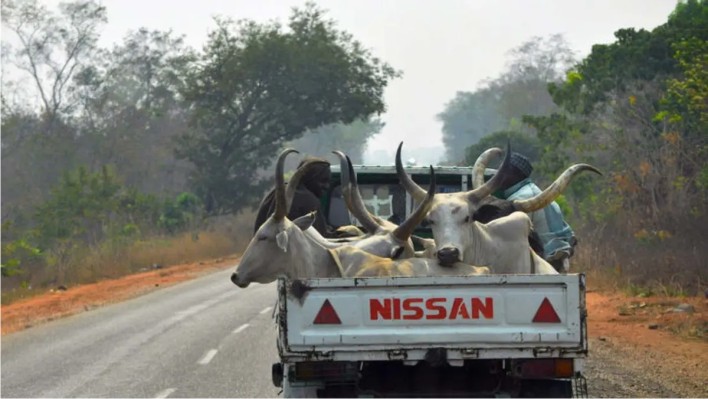 Officials of Department of State Service (DSS) have invited the leadership of Cattle and Foodstuff dealers under the aegis of Amalgamated Union of Foodstuff and Cattle Dealers of Nigeria (AUFCDN) over food blockade to the southern part of Nigeria.

General Secretary of the AUFCDN, Ahmed Alaramma, had a press briefing at Labour House, Abuja, on Monday where he disclosed that the President of the Association, Mohammed Tahir, was with the DSS.

Alaramma also alleged that the military personnel were intimidating members and task force of the union, advising the government to avert looming chaos by stopping the intimidation of their members.

The union had earlier vowed to continue its nationwide strike and sustain the enforcement on the blockade of foodstuff and cattle from entering the southern part of the country.

This, according to them, would be sustained till federal government attend to their demands, which border on payment of N475 billion compensation for lives of members and property lost during the #EndSARS protest and Shasa market crisis.