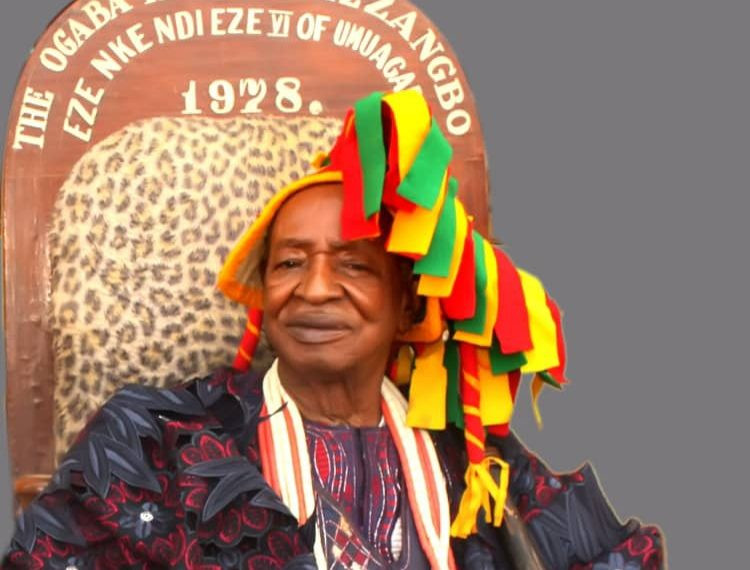 The longest serving monarch in Ebonyi state, His Royal Highness, Eze Israel Chibueze Agbo, the Ogaba Idu II of Izhia in Ohaukwu Local Government Area of the state, has died at the age of 81.

Eze Chibueze Agbo who became the Ogaba Idu II of Izhia in 1978, died on Tuesday September 1 after spending 42 years on the throne. The monarch’s death was announced at his Umuagaraeze palace in Ohaukwu and it was gathered that he will be buried on Saturday November 28.

The first son of the late monarch, Prince Chinedu Chibueze Agbo who made the announcement alongside the traditional Prime Minister of Izhia Kingdom, Chief Emmaunel Onweka, said;