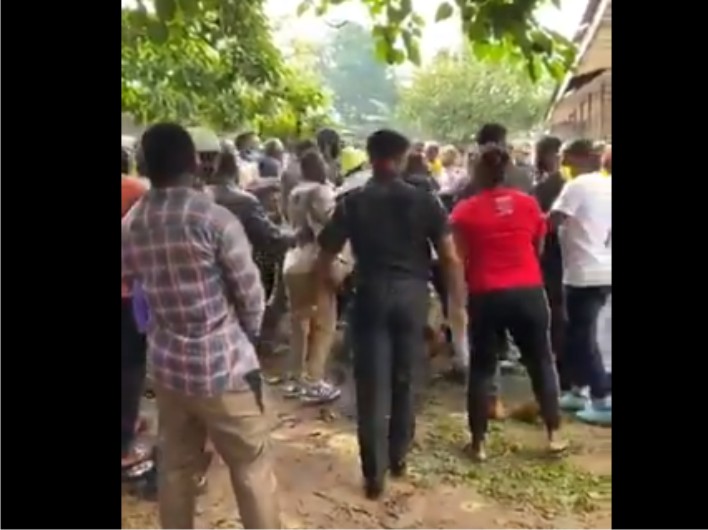 There has been a clash between supporters of the Peoples Democratic Party (PDP) and those of the All Progressives Congress (APC) in Oredo Local Government Area of Edo state as voting commenced this morning.

Expressive Info gathered that some alleged APC members who attempted to share money at the polling unit were resisted by their PDP counterparts.

The footage of the incident shows members of the opposing camps rough handling one another and even scattered the money as the clash degenerated.

Watch the video from the scene below: