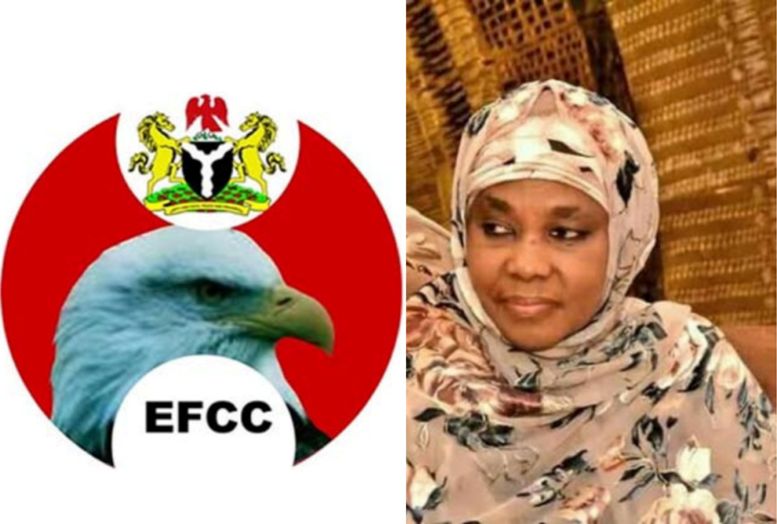 Dr. Hafsat Ganduje, who was compelled to report herself to EFCC headquarters in Abuja on Sunday, was quizzed for more than five hours for her alleged involvement in a land scandal.

Hafsat had earlier ignored the EFCC’s invitation following the petition filed against her by her first son, Abdulzeez Ganduje.

The governor’s wife, who was drilled over alleged illegal hijack of land property worth billions of naira, was reportedly granted an administrative bail under the influence of her husband.

Governor Ganduje, who accompanied his wife to the EFCC headquarters, was said to have prevailed on the power that is with strong influenced that eventually see to the released of his wife.

Abdulzeez had dragged his mother Hafsat Ganduje to the EFCC, over a property which he claim the mother used her access to power to enrich herself.