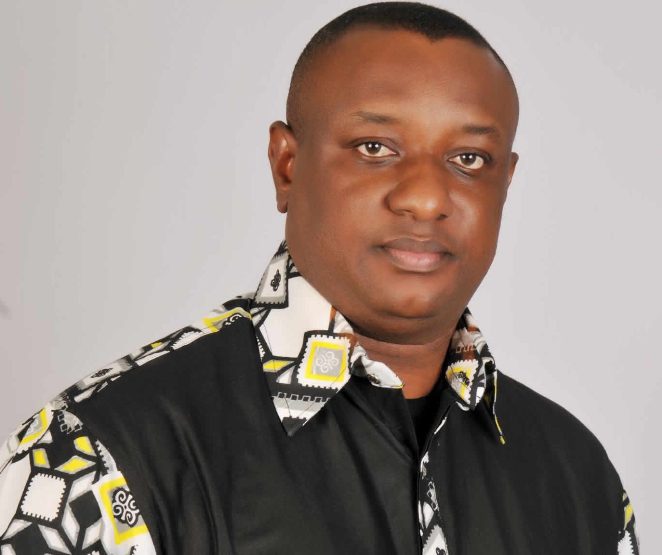 The federal government has released the details of the plans to employ 1,000 persons from each of the 774 local government areas in Nigeria.

According to the details released on Thursday by the minister of state for labour and employment, Festus Keyamo, the initiative will start October 1 and each beneficiary will be paid N20,000 monthly to carry out asigned public works.

Mr. Keyamo provided more details of the programme, saying each state will have a committee to choose those to be employed and the jobs they will perform.

He said political leaders in all areas will be allowed to select not more than 10 per cent of the beneficiaries in their areas.

Read Mr Keyamo’s full speech at a press conference below:

PROTOCOLS
It is my singular honour and pleasure to welcome members of the Press to this briefing.

Sometime in October, 2019, President Muhammadu Buhari, GCFR, President and Commander-in-Chief of the Armed Forces of the Federal Republic of Nigeria, approved a Pilot Special Public Works Programme in the Rural Areas. The programme was domiciled in the National Directorate of Employment (NDE) for implementation.

The Special Public Works in the Rural Areas is an employment- intensive technique acquired and adapted by the National Directorate of Employment (NDE) from one of the capacity-building collaborations with the International Labour Organisation (ILO) in the late 1980’s to the middle of the 1990’s. The Project was tagged ILO/NDE Labour Based/ Light Equipment Methods of Construction, Rehabilitation and maintenance of Public Infrastructure.

The ILO itself derived this idea of Special Public Works programme from several historical templates. According to the Development and Technical Labour Department of the ILO, these types of programmes were used during the Great Depression by industrialised nations to immediately respond to grinding poverty at the lowest level of society that normally bore the brunt of such economic upheavals. It was also effectively used during colonial Africa to quickly respond to situations such as drought and famine by mobilising the unskilled populace to engage in other labour intensive infrastructural projects as a means of immediately alleviating their situation. The concept was later adopted and developed by most Asian countries like India, China and Bangladesh to lift their countries out of the league of poor nations. This programme was one of the main reasons India quickly dropped in the poverty index and Nigeria overtook India at a point.

Consequently and arising from the need and desire of the Federal Government to create massive jobs at the lowest rung of the economy as well as to maintain critical public and social infrastructure at the rural base of the economy, Mr. President has approved that we also adopt and integrate this type of programme into the Nigerian economy.

The pilot programme earlier approved by Mr. President was designed to mitigate lack of job opportunities in the rural areas through a short-term engagement of One thousand (1,000) unemployed persons per Local Government Area for a period of three (3) months. It is a dry season/off season transient job programme and was originally designed for the rehabilitation/maintenance of public and social infrastructure. Participants were to be paid an allowance of N20,000 monthly and were to be recruited largely from the pool of unskilled persons ordinarily resident in those rural areas.

Beneficiaries are engaged in:

• Maintenance of the Great Green Wall nurseries and orchards in Borno, Jigawa and Katsina States

A total of 40,000 direct transient jobs were expected to be created in the eight pilot states.

You will recall that on Monday 6th of April, 2020, the Honourable Minister of Finance, Budget and National Planning in a Press conference, announced the approval of Mr President for the extension of this programme to all 36 states and the FCT from October- December 2020 as a means of mitigating the effect of the Covid-19 pandemic on the economy.

The Programme is also expected to provide modest stipends for itinerant workers to undertake roads rehabilitation and social housing construction, urban and rural sanitation, health extension and other critical services. Hence the directive of Mr President for the NDE to collaborate with other Ministries with rural components in their mandates.

Consequently and in exercise of my powers as Supervising Minister under Section 16 (1) of the NDE Act, I inaugurated a Special Inter-ministerial Committee on the Extended Special Public Works on Wednesday, 29th April, 2020. Let me pause here briefly to profusely thank Mr President for giving me the special and onerous task of supervising the preparation and execution of this special project in addition to being the supervising Minister of the NDE.

This Committee sat for some weeks and in their collaborative capacity they have proposed a list of projects within their Ministries that may require the intervention of the Public Works Programme. Over 3,000 projects and 42,000 Manpower are being proposed by them. In a Steering capacity, the Committee has also made certain recommendations to me.

Having reviewed all the recommendations of this Inter-ministerial Committee, I believe that the selection of the beneficiaries and projects should be a local affair and not be done from a room in Abuja. Consequently, in line with Section 16(1) of the N.D.E Act, I have decided to constitute special committees in each State of the Federation for the purpose of deliberating, selecting and recommending to my office the names of the 1,000 persons from each of the Local Government Areas in the States to be engaged for this programme. The Committees would also identify the projects to be executed in those L.G.As. These special committees would be known as the State Selection Committees of the Special Public Works (SPW). It shall be a 20-member Committee comprising of the following persons:

(1) A Chairman and Vice-Chairman who shall be indigenes of that State or who are ordinarily resident in that State.

(2) The State Co-ordinator of the N.D.E of that State who will be the Secretary.

(3) One representative of the Governor of that State.

(4) The Chairman of the Christian Association of Nigeria of that State or his representative/nominee.

(5) The State Chairman of the Nigerian Supreme Council for Islamic Affairs or his representative/nominee.

(6) The State Chairman of the National Union of Road Transport Workers or his representative/nominee.

(7) The market woman leader in that State

(8) Three persons (one from each Senatorial District) representing the traditional institutions in that State.

(9) Two persons (one male and one female) from each of the Senatorial District of the State (that is six persons) representing prominent youth organisations in those States.

(10) A representative of a prominent Civil Society Organisation of that State.

(11) Two persons representing some peculiar interests in those States.

I wish to quickly note at this point that this is a distinct and separate Committee from the State Advisory Committee under section 5(2) of the N.D.E Act whose functions are different.

Let me state clearly that all members of the State Selection Committees would not be persons holding any official position in any of the registered political parties. If any of those listed also doubles as an official of any political party, then the State Chairman of the Selection Committee of the SPW shall fill that position with another person representing that interest. We have stated this in order to make this process as apolitical as possible.

However, we are not unmindful of the fact that political office holders are also representatives of the people. We cannot also totally ignore them in the selection process. We are only trying to guard against some of us hijacking the process solely to service our political interests.

As a result and because of the need to be honest before Nigerians, the State Selection Committees would be instructed to allot to political office holders like our distinguished Senators, Honourable members, Ministers and Governors, a number in total not exceeding ten percent of the total beneficiaries in that State. This is to ensure that majority of Nigerians who do not belong to any of the political divide actually benefit substantially from this programme.

I am also pleased to inform you that for the purpose of transparency and accountability in the process, the President has approved the use of select banks to register and collate data of the beneficiaries. The banks will open accounts for all beneficiaries and in the process obtain BVN for those without accounts. Consequently, all payments would be made from the CBN directly to the accounts of the beneficiaries. The banks will also simultaneously register the participants for the Special Works Programme. Apart from the transparency and accountability this will achieve, one of the benefits of the exercise is that more Nigerians would be captured in the financial system thereby enhancing the financial inclusion drive of Government. Eventually, the data collated by the banks would be passed on to my office for use in the programme implementation.

It is important to note that this data to be collected would be used for other multifarious purposes relating to employment and social surveys. Already the National Bureau of Statistics, through the Federal Ministry of Finance, has requested for an allotment of ten persons each from the 1,000 persons in each Local Government Areas to carry out special social surveys and data collation by the Bureau.

For the ease of supervision and monitoring of such a large programme, the President has also approved the deployment of online technology. The technology will allow for robust supervision of ongoing works in various local government areas, a reliable tracking system for all man and materials used and a robust real-time monitoring system through online feedback mechanism from citizens, stakeholders and managers of the programme.

We are already at an advanced stage of discussions and negotiations with selected banks that will help us to capture, register and open bank accounts for all the beneficiaries. In the next few weeks, we shall be back here with the banks to explain to Nigerians the operational modalities.

This programme is one of the biggest social intervention schemes to be carried out within a short period of time by any government in the history of Nigeria. It is also unique because it is the very first direct employment scheme of any government that targets the very bottom of the economy. Other intervention programmes have been in form of empowerments. This shows the proclivity of this President to protect and identify with the very poor.

The programme starts on the 1st of October, 2020 and we are already tight on schedule.

In the next two weeks we will empanel and empower all the State Selection Committees so they can commence the onerous task of selection of beneficiaries and projects locally.

A website would be developed immediately where information such as composition and contact of the Selection Committees, list of the selected beneficiaries and chosen projects would be displayed for the public.

We do not want any pressure and lobbying to be directed at my office. We are passing on the responsibilities to the States Selection Committees. When we publish the names, everybody would know who to contact in their different States to make their cases for inclusion.

From now till the end of the projects, I will be holding regular press briefings to update members of the public on progress so far made. 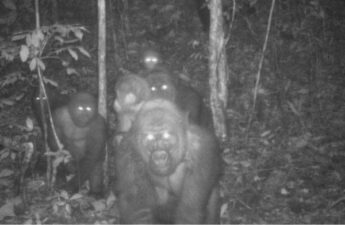 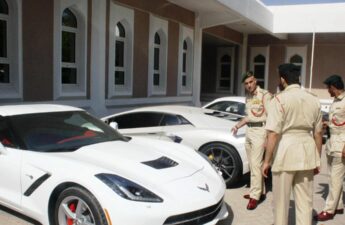