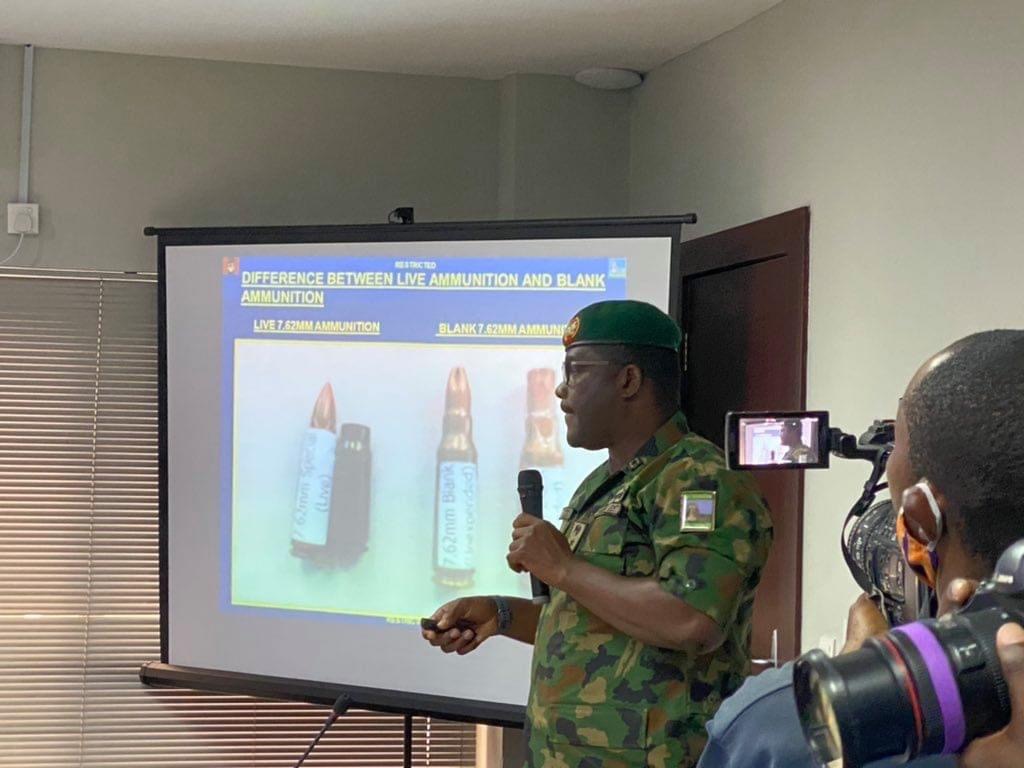 The representatives of the Nigerian Army have revealed that most of the businesses looted or destroyed in Lekki, Ajah, Sangotedo and nearby places were owned by people of Igbo extraction.

Brigadier-General Ahmed Ibrahim Taiwo said this while testifying at the Lagos State Judicial Panel of Enquiry and Restitution for Victims of SARS related abuses and other matters.

The panel had invited the army to speak about their role at October 20 shootings at the Lekki Toll Gate.

Ahmed Taiwo also said the military was not informed of the change in time of the curfew that night.

Babajide Sanwo-Olu, governor of Lagos, had announced a 24-hour curfew on October 20, earlier scheduled to begin at 4pm. However, the time was changed to 9pm afterwards.

But at a few minutes before 7pm, soldiers arrived the Lekki tollgate where #EndSARS protesters had gathered and allegedly opened fire on the unarmed protesters.

Taiwo maintained that Sanwo-Olu invited the army to restore order after the #EndSARS protests degenerated into crisis and also denied shooting and killing unarmed protesters.

“The situation was so dire and they wanted everyone off the streets. If you like, sleep in your office; if you like, stay at home if you are near your house, but get off the streets and let us deal with the criminals and hooligans,” Taiwo said.

“Be that as it may, the Nigerian army deployed immediately to forestall further violence and loss of lives.”