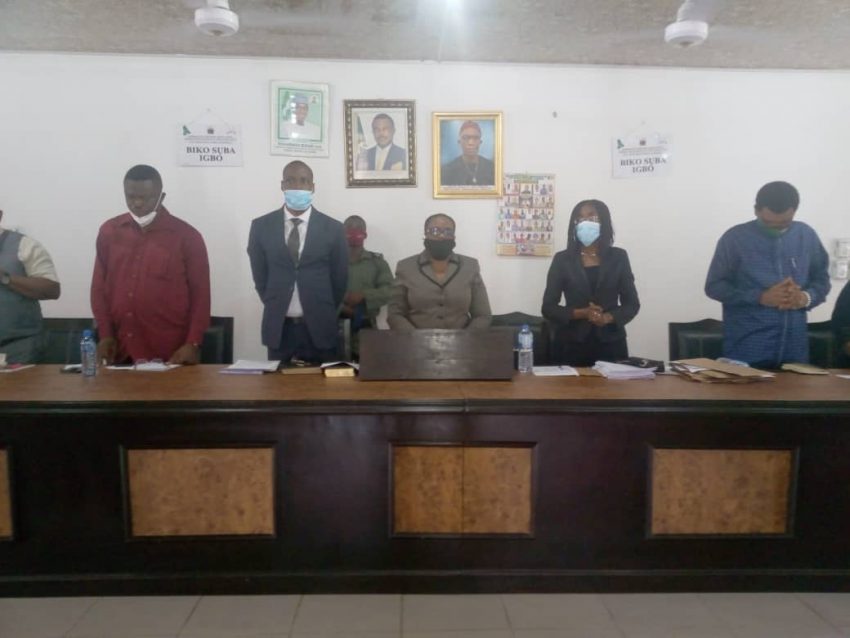 A petitioner to the Anambra Judicial Panel of Inquiry on police brutality, Mrs. Chidimma Edozieuno has called for the release of the corpse of her husband, Johnson, to his family for burial.

Edozieuno made the call in her petition to the panel sitting in Awka, the state capital, on Thursday, alleging that the deceased died in police custody.

She said her husband, who lived in the Benin Republic, visited Nigeria after she gave birth to a baby and was arrested in the early hours of Aug. 1, 2017 by policemen on mufti at their Ichida Street residence in Awka.

She alleged that her property was taken away to an unknown destination by the operatives, whose operational base was not disclosed to her.

She said the operatives alleged that her husband was a kidnapper and she would not see him again.

The widow said that after conducting a search in the police stations around Awka without success, information got to her that her husband was allegedly being tortured and detained by the disbanded Special Anti Robbery Squad (SARS) at Awkuzu.

She said that she instituted a legal process at the state High Court, Awka to secure his release.

She said that during one of the proceedings, the Legal Department of SARS informed the court that her husband had died.

According to her, that was how the matter was dismissed by the court.

Edozieuno pleaded with the panel to order the police to release the husband’s corpse to his family.

She also urged the panel to order the police to return her property and pay reasonable compensation to the deceased’s family.

The Chairman of the panel, Hon. Justice Veronica Umeh, said the panel would investigate the claims in the petition and make appropriate recommendations.

However, five of the 33 petitions sent to the panel were entertained on Thursday.

The panel struck out the petition by one Dr Peter Ekemezie, following his application for withdrawal.

The matter was said to have been determined by a court and was still pending in an appellate Court.

Other petitioners, Onyechi Ngene and Nestor Ngozichukwuka were advised to engage the services of legal experts to enable them to prepare their case and make clear prayers.