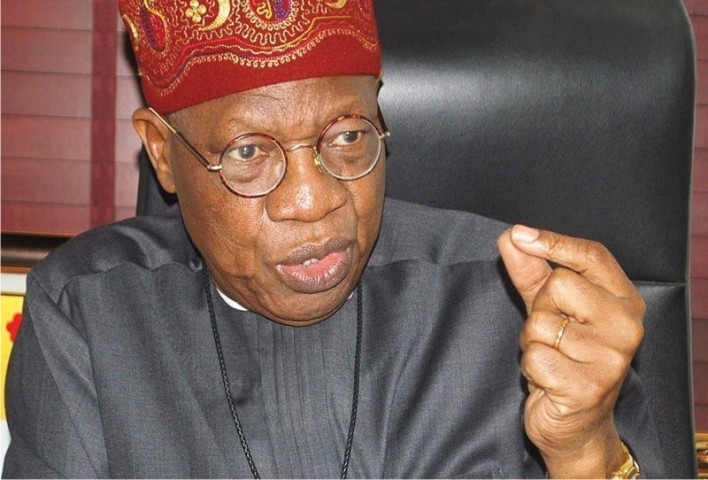 Minister of Information and Culture, Lai Mohammed is insisted on regulation of social media in Nigeria, saying that the country is sitting on a keg of gunpowder if the issue of fake news shared on social media is not urgently addressed.

Lai Mohammed said this when he appeared before the House of Representatives Committee on Information, National Orientation, Ethics, and Values to defend the 2021 budget proposed by his ministry.

While responding to questions from members of the committee, Lai Mohammed said that the next war to be fought in the country and across the world might be fought through social media, making reference to the ongoing #EndSARS protests.

According to Mohammed, the biggest challenge facing the country was the issue of fake news and misinformation, adding that the government identified this since 2017 and decided to launch a national campaign against fake news.

“The biggest challenge facing Nigeria today is fake news and misinformation. Based on that, we dedicated an entire National Council on Information’s meeting to that issue, after which we launched a national campaign against fake news in July 2018.

“We said, then, that the next war will be fought without a shot being fired, but with the use of fake news. We didn’t stop there. We went on a tour of all media houses to solicit their support in the fight against fake news. We launched the campaign to regulate social media, which was bitterly contested by the stakeholders. We kept saying that if we don’t regulate social media, it will destroy us. Social media and fake news will not destroy Nigeria.

Members of the committee, however, disagreed with the Minister.

A member, Emmanuel Oghene, warned against any attempt to shut down the social media in the country, saying the action will be counter-productive and would make the youths to believe that there is an attempt to truncate democracy in the country. He said the government should not only focus on the negative effect of social media.

“There was a time when some boys were digging the road and because of social media, this information came out and the situation was arrested. If there are no social media, that will not happen.

“I want to appeal that this desire to shot down the social media, we should not overdo it because it will harm us. China is not a good example because it is a communist country. Nigeria has always been free, we are a Democratic country.

“Let us look at other democracies and see what they have done with their social media. This technology is already here. It is not going to go away. We should have enough laws in our law books to deal with social media. If people post things that are not correct, they can be taken to court. If the laws are not enough, bring a bill and the National Assembly will pass it into law. If you shut down the social media, democracy will be greatly hampered.” he said.