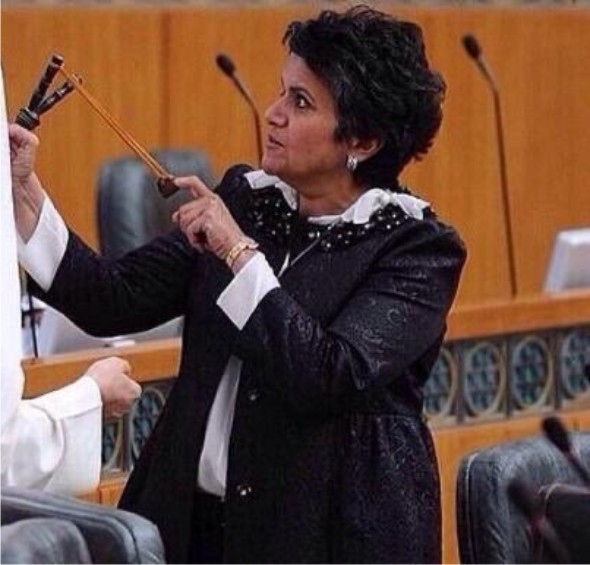 Disagreements during parliamentary proceedings are common in almost all houses of assembly since debate is a central feature of the parliament.

Sometimes, however, disagreements in the parliament do degenerate into a full blown fight, one that can cause members to use their fists on one another. It has happened in Nigeria as well as in many other countries.

Recently fight also broke in the National Assembly in Kuwait. A lawmaker was seen trying to use his shoe on another. Then we also sighted the hilarious photo of a female lawmaker who was trying to use a catapult on another lawmaker, causing many to wonder if she goes about with catapult in her bag.

As photos from the incident went viral on Twitter, other Twitter users from different countries began to upload videos of the fights that broke out in their own countries.

See photos and the videos below.