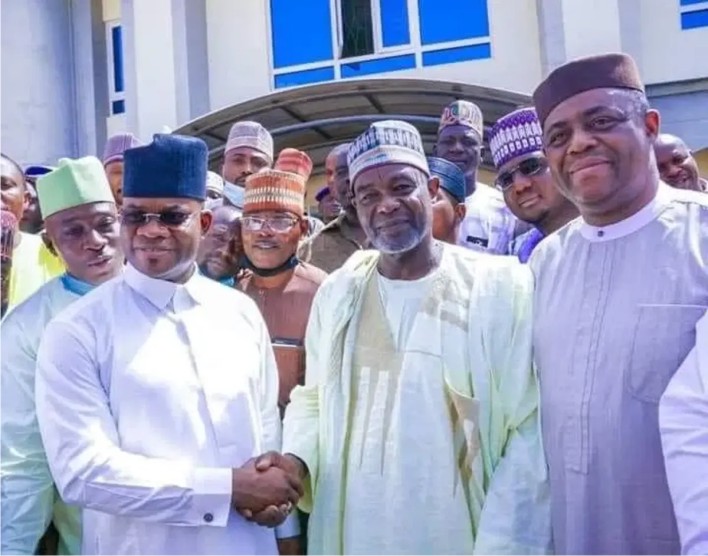 The federal government has agreed to pay the Amalgamated Union of Foodstuffs and Cattle Dealers in Nigeria (AUFCDN) N4.75billion as the union agreed to suspend its North-South food blockade.

AUFCDN President Muhammad Tahir made the announcement in Abuja after a meeting with federal authorities, represented by Kogi State Governor Yahaya Bello.

“All stakeholders and members of AUFCDN in our nationwide strike are glad we achieved what we wanted to achieve. Since Kogi State Governor Yahaya Bello begged us on behalf of the Federal Government of Nigeria, we agreed to call off the nationwide strike today.

“They agreed to pay the compensation and call off multiple taxation on the federal highways and allow us to engage in our business activities peacefully nationwide,” Mr. Tahir said.

Mr. Tahir disclosed to the Nation that Aso Villa agreed to ensure protection of its members, stop multiple taxation and intimidation by security agents on the roads.

Other demands presented by Mr. Bello before the government through the Chief of Staff to the President, Prof. Ibrahim Gambari, includes the protection of the union’s members and the ability to withdraw its services from states in case of an attack.

The union had initiated an indefinite strike a couple of days ago, in protest of the loss of lives and properties in the region from insecurity.

This follows the violent ethnic clashes witnessed recently between the fulanis and Yorubas in Shasha market in Ibadan, the Oyo state capital and other parts of the Southwest.

Last week, multiple reports said that trailers full of cows, tomatoes, and other farm produce had been prevented from leaving a border town in Niger State to the southern part of the country.

It is yet not understood how federal authorities intend to address the complaints of farmers who have continually accused herders of destroying their farmlands and produce.

1 thought on “FG agrees to pay N4.75bn to Northern food dealers as they suspend food blockade”