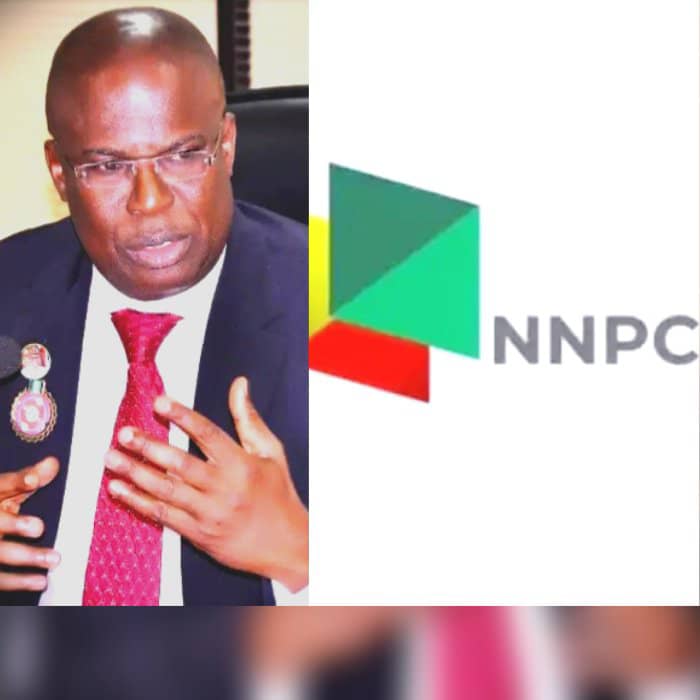 This information was let out by the Minister of State for Petroleum Resources, Timipre Sylva, on Monday January 9 in Abuja at the resumption of the scorecard series (2015-2023) of President Muhammadu Buhari.

On their part, oil marketers revealed the difficulties that come with oil supplies in the downstream oil sector, adding that problem might continue right on till June, based on the Federal government’s plan to end petrol subsidy in that month.

These problems encountered during oil supply is said to be a leading cause of fuel scarcity.

Sylva, while speaking in Abuja on Monday, insisted that subsidy had been cumbersome. But he stressed that it was the mandate imposed on NNPC by the Federal government that had made the oil firm to continue selling gasoline at a loss.

He said, “The management of the supply situation under this subsidy regime is not easy. We must all agree that so much money is being burnt in our cars, but somehow we have to put funds to continue to keep the country wet.

“Sometimes if you really think deeply you begin to wonder what magic we are doing to be able to keep this country wet consistently. Considering that you buy something, let’s say for N10, and you are to sell it at a loss.

Sylva added, “So if you are a businessman, look at it from this perspective, that you are now in the business where you are mandated to sell at a loss to the public. That is not an easy job, I must tell you.”

Last week, the Minister of Finance, Budget and National Planning, Zainab Ahmed, said the Federal Government had draughted a budget of about N3.6tn for fuel subsidy to last until June 2023.

When asked how he would feel when buying petrol at N300/litre, Chief Sylva said he would not feel bad about it.

“If you ask me how I will feel as a private citizen to buy petrol at N300/litre, sadly, I will say I won’t feel bad, knowing the actual situation. And if you compare Nigeria to other countries, you will understand,” he stated.

Chief Sylva continued: “When you convert the N300/litre that you are talking about to other currencies, then you will understand. A lot of you travel to the United Kingdom or the United States, how much do you buy petroleum products there? Even in Arab communities that produce crude oil.”

He said the cost of the commodity in Nigeria was minimal compared to what was obtainable in other countries.

However, Chief Sylva stressed that the current national consensus was that subsidy on petrol was no longer sustainable.

“Unfortunately we are still in a subsidised regime, which all of us know. As a country, I think it is a national consensus now that subsidy is not sustainable, but together we will get there,” Sylva stated.

He said until the cost of petroleum products were market driven, investors would continue to withhold investment in the downstream oil sector.

“And the more refineries we have, this problem of access to petroleum products will be a thing of the past,” Sylva said.

The Federal Government on Monday revealed that it had acquired shares in four oil refineries operating in various locations across the country.

The government also declared that the 60,000bpd component of the Port Harcourt Refining Company in Rivers State will commence operations in the first quarter of this 2023, as the facility had been completed.

This announcement was made by Chief Timipre Sylva and the Group Chief Executive Officer of the Nigerian National Petroleum Company Limited, Mele Kyari, at the ministerial scorecard series of the current administration in Abuja.

Commenting on the equity of the Federal Government in Dangote Refinery, Sylva said it was 20 per cent, adding that the government had also acquired shares in three other refineries.

The minister explained that the Dangote Refinery already had an established contract with NNPC, in terms of crude oil supply, but noted that some modular refineries usually accessed crude oil from assets closer to the plants.

“So they (modular refineries) have this (crude oil supply) contract with private sector owners of these assets that are near them,” he stated.

Talking about the rehabilitation of the Port Harcourt Refinery, the minister said the target date for the commencement of operations of the plant had been shifted to the first quarter of this year.

“I announced last year, and from the very beginning, we have been saying the same thing, we didn’t say that we are going to complete the rehabilitation of the two refineries in Port Harcourt by May this year,” he said.

“Our promise has been that the 60,000 barrels per day refinery, within Port Harcourt refinery, will be rehabilitated by end of the fourth quarter of 2022.”

Sylva then asked Kyari to speak on how progress the NNPC had made in rehabilitating the Port Harcourt refinery.

Kyari revealed: “The total rehabilitation of the refinery will take 42 months from the date of award of the contract. Typical of every refinery, we do the rehabilitation in phases.

“And our promise is to start up the fuel plant, which is 60,000 barrels per day component of this activity by the last quarter of 2022, but this is not practical. But we will start it up in the first quarter of 2023. Otherwise, every other process is going on.”

Chief Sylva then said the following in summary: “In other words, what he is saying is that the rehabilitation of the 60,000 barrels per day refinery has been completed and is going to be started in first quarter of 2023 as promised.”