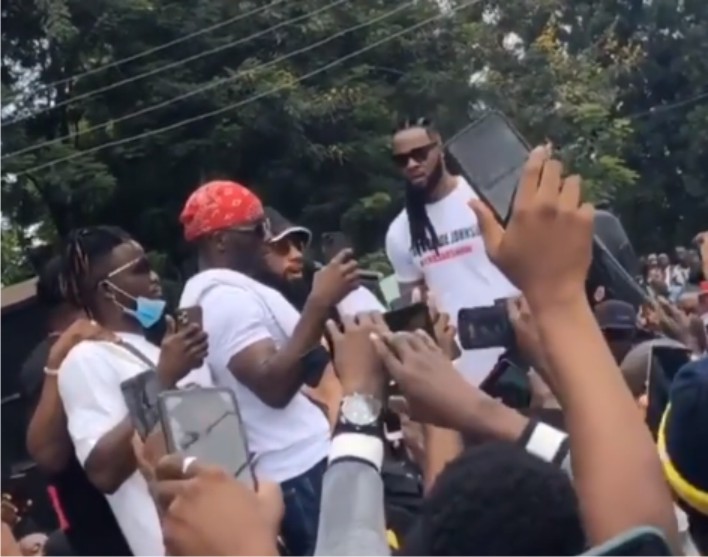 Flavour, Kcee, Phyno, Zoro, Selebobo and others were among the notable celebrities that joined the #EndSARS protest which held today in Enugu state.

The protesters were heard chanting “how many people SARS go kill” as they protested against police brutality and the disbanded controversial police unit.

See videos below from the protest below.