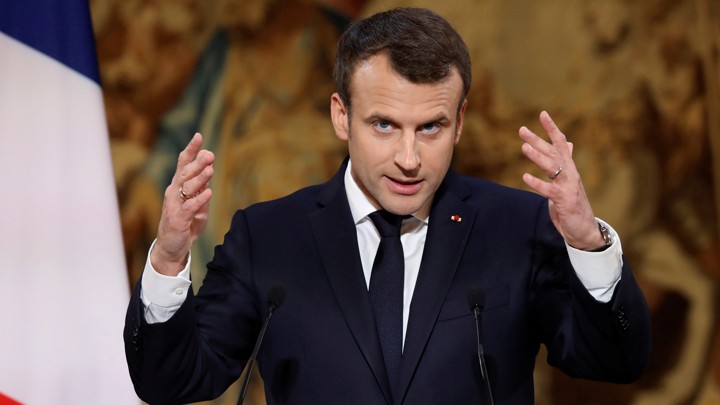 The President of France, Emmanuel Macron has promised that a rise in the minimum wage and tax concessions in response to weeks of violent protests. France has seen four weekends of violent protests against fuel tax rises, living costs and other issues.

Speaking in a televised address to the nation, Mr Macron said that the anger of protesters was “deep, and in many ways legitimate”.

The minimum wage would increase by 100 euros per month from 2019, he said. A planned tax increase for low-income pensioners would be cancelled, while employers would be asked to pay a tax-free end of year bonus to employees, he added.

Mr Macron, who has until now kept a low profile during the protests, acknowledged that many people were unhappy with living conditions and felt they “had not been listened to”. He said that over the last 40 years there had been “a malaise” of “villages and neighbourhoods where public services have been diminishing, where living conditions had deteriorated”.

There were many “people whose status in society had not been sufficiently well recognised. In a cowardly way, we had got used to it and everything seemed to suggest that we had forgotten them.

“I assume my share of the situation – I may have given you the feeling I have other concerns and priorities. I know some of you have been hurt by my words,” he added.

Mr Macron, a former banker, has previously been criticised for being out of touch and not listening to the struggles of ordinary people.