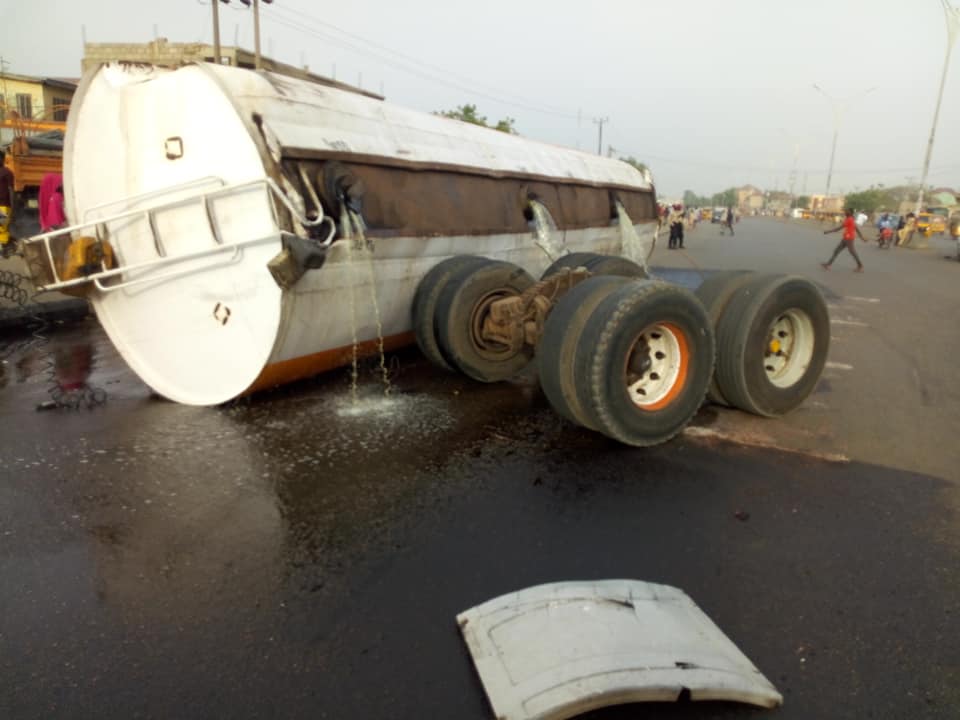 This keeps happening over and over again! We hear of residents who go out to scoop fuel from fallen tankers and end up being consumed by fire after the tanker explodes.

Yet, people keep risking their lives to go out to scoop fuel whenever they hear that a tanker loaded with fuel has fallen.

This time, residents trooped out to scope fuel from a petrol tanker which crashed and spilled its content on a road in Yankaba, Nassarawa.

The fuel tanker reportedly had an accident this morning after the driver lost control and crashed in the middle of the road. Some residents who saw this as an opportunity, rushed out in their numbers to scoop fuel from the road – not considering the risk involved.

Commuters are reportedly held up in the traffic following the incident. See photos from the incident below.