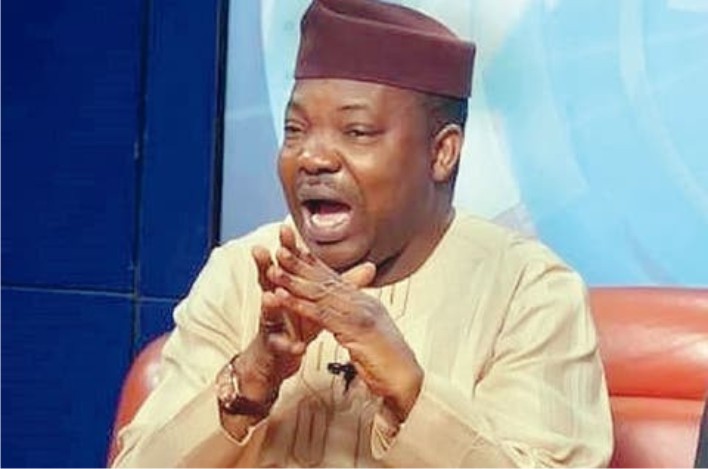 The Arewa Consultative Forum (ACF), called the Governors of the South West and the Federal Government, to stop the ongoing attacks on Fulani communities in the region to avoid counterattacks in the North or a repeat of the 1967 civil war.

In a statement titled ‘’Stop the drift in the southwest’’ signed by its National Publicity Secretary, Emmanuel Yawe, the forum said the civil war in the 60’s started with attacks and counter-attacks which is similar to what is happening presently in the southwest.

The forum said that those who carried out the attacks on the Fulani communities, including Sunday Igboho, who allegedly issued a quit notice to the Fulanis in Oyo, must be arrested and prosecuted.

The statement in part reads,

“The Arewa Consultative Forum this morning received reports of an attack by Yoruba Youths on Alhaji Saliu Abdulkadir, the Serki Fulani in Oyo State.

“In the reports, he was attacked and driven out of his house, eleven cars and his house burnt with his family members now living in the bush.

“There are allegations that one Sunday Igboho an agitator for the Oodua Republic and who issued an ultimatum giving Fulani people seven days to leave Yorubaland is the instigator of the attack.

“The ACF is worried about this trend and calls on the Federal and State Governments in the South West to move quickly to avert a social upheaval that may destabilize the whole country.
We recall that the civil war in the 60’s started with attacks and counter-attacks like this.

“The governments must be proactive and stop history from repeating itself.
Those who carried out these attacks must be apprehended and the due process of the law allowed to take its course.

“If this is not done there maybe counter attacks in the north and the country will be up in flames. The authorities must act. The ACF is very worried and calls on them to act fast,”

In responding to the ACF, the Pan-Yoruba group, Afenifere, released a statement through its publicity secretary, Yinka Odumakin, warning ACF not to use war to threaten the Yorubas.

Afenifere accused the ACF of crying a hypocritical tears over clashes in Ibarapa Local Government Area of Oyo State occasioned by the ”inimical activities of Fulani herdsmen against indigenous Yoruba people”.

“While we have gone to a great length to sue for peace and have appealed to our pained people to be law-abiding even with the daily provocations of the Fulani and harassment of our people, we frown at the very arrogant and insulting ACF statement, especially their reference to the event of 1966.

“We must make it clear to them that they cannot threaten us with a war at this stage as we will not provoke war but never are we going to run for anybody on our land.

“We are miffed that a body like ACF that has never shown any remorse over the killing of our people can open their mouths anyhow now because there are consequences for the irresponsible actions of their people.

“We advise them to call their criminals to order and not expect our people to sheepishly wait to be killed by those who value cow lives more than human beings.”

“We do not want a repeat of 1966 event but if there are people plotting such event again, the rain will be over their heads.”