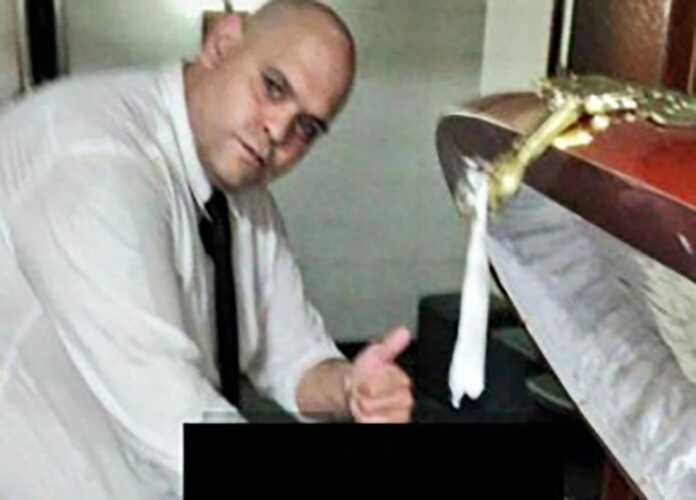 A funeral parlor worker has lost his job after images of him posing next to Diego Maradona’s body surfaced online.

Maradona’s coffin was put on display in the Casa Rosada presidential palace in Buenos Aries after his death on Wednesday, aged 60.

Sepelios Pinier, who the worker represented, confirmed the man has been sacked for his conduct.

One of the images shows the man posing with a thumbs-up next to Maradona’s body.

Sepelios Pinier manager, Matias Picon insists the man was part of an outside party, tasked with carrying the coffin.

“My father is 75 years old and he is crying, I am crying, my brother too, we are destroyed,” he told TN.

“He is not an employee here, he is a third party who only helped us load the drawer because it weighs a lot. The family chose a cedar box that is very difficult to transport and that is why we summoned it, just to carry the box.”